Some users have told falsehoods about the fact that only a mass of Mangonels by themselves can handle everything that is not a siege and have treated a fellow forum member as a liar. This thread is a response to it. 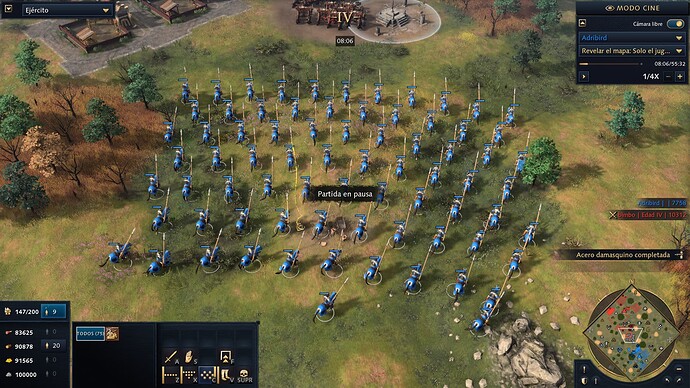 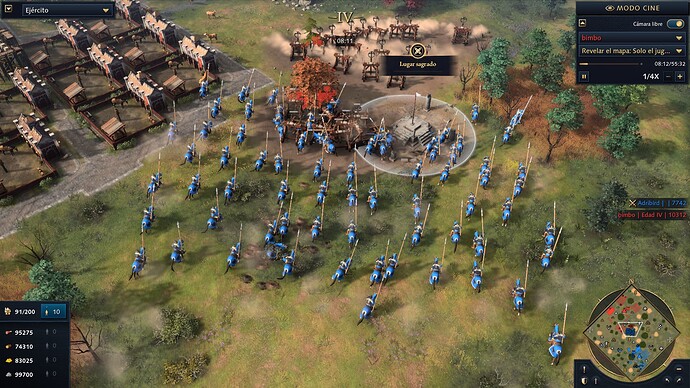 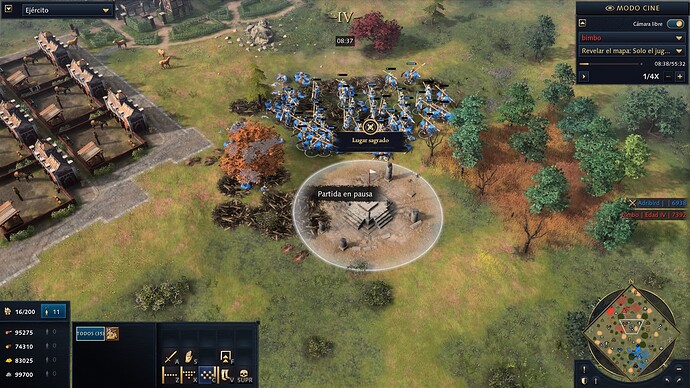 I think it’s time to remove the masks around here and recognize that the problem with the siege is only with Rus and his Springald.

P.S: An almost perfect mix of Spearmen and Mangonels (E.G. 10 Mangonels and 60 Spearmen) needs Springald and archers, which is what that unit is for, but it must have that specific combo to force you to make that anti-siege unit.

This is how you counter mass siege.

All units upgraded, mangonels too.

Reminds me of the video Age of Noob did awhile ago and this was before some of the nerfs. He had the same opinion that they balanced.

That says it to many in this forum. I think it was something necessary to show it.

The issue for a lot of players is a no rush mentality leading to congested siegefests.

The issue is that some players around here don’t know how to attack the area siege correctly with their counter and start crying on the forum instead of learning how to do the split formation, corner the mangonels and A+click.

The term ‘strawman’ comes readily to mind if this is intended to argue that mangonels aren’t overpowered. An silly toy example that has no relevance to an actual match situation does not illustrate anything meaningful about balance. Even here you lose half the horsemen – now imagine there is a bit of a meatshield to defend with.

The reality is that many players should perhaps ask how to improve their game in this forum or how to act in X situation, instead of complaining about something that they have not learned to counteract and bring negativity.

First you have to learn to have an understanding of the game and look at the players who really know, whether they are pro in teams or 1vs1.

I know this quick test hurts some, but that’s the way it is.

If there is an anti cav meat shield we have the Springalds and they have minus the Mangonels.

Im not even going to see the images , let me guess . The horsemen get melted

Well , i was wrong. horseman won the battle

glad you do it.
add a few pikes. lol.

upd:
if some would say, that pikes are not needed… than why wide formation of horses were used?

no torches. kts just moving after mangonels in wide formation.

PS i love tests, but it’s smth else.

Here it has been said that a mass of mangonels has no counter. If you want I add pikemen, I would also add MAA or Springald on the other side.

The problem is that the example it too simple to actually prove anything.

There’s a really major issue with the notion that people can use horsemen to handle siege – horsemen aren’t a very viable late game unit. So you can use a mass of them to handle some siege, but you’ll not have much left by the time you’ve done it. Springalds are, clearly, a lot more efficient. But that comes back to the silly siege vs siege meta.

Here it has been said that a mass of mangonels has no counter. If you want I add pikemen, I would also add MAA or Springald on the other side.

I would like to suggest:
10k res for the fight. + pop limit for army between 75-100. You make your army without siege. Opponent can use siege. Just in case: if micro happening - micro should be from both sides.

You can test it with me.

That’s what the Springald exists for, against ships and against siege. If the mangonels are very well protected by the units, you have to mix them too. Mangonels are anti-infantry, especially in large numbers.

Siege really hasn’t been a major issue for me since the speed nerfs, it’s really just my team wanting to play games longer than 17 minutes that torments me.

There’s simply no way to get such a big bad horde of Mangonels unless the game goes on for an awful long time without much mutual devastation, not that this game gives us many options for adequate Dark Age play to help with it.

How many times can you rephrase “your opinions are invalid because you aren’t talented/experienced enough” without realising that this may be quite a bad thing for the popularity of the game.