So whenever I play one of the 256x mods the game inevitably crashes to the desktop. When I load a save file it then quickly crashes as well. To demonstrate this I played on a twitch session, and I highlighted the time when the bugs happened:

mine crashes right after I click to upgrade anything and sometimes I can get it to upgrade but most of the time it crashes first try.

Yeah it is really annoying, I just want to have some stupid fun between normal games (that also crashes to desktop sometimes)

yeah its not system issues because I have used AMD and NVIDIA and it does the same thing, also used non hd textures

I have the same problem. As soon as the game loads it crashes. This happens with the 9X and 256X tech mods. 3X seems to work ok.

Same problem I’m facing with both 9x and 256x mods

Can you please let me know which 3x mod?

Yeah I get the same exact issue as well, on multi devices.

I’m guessing there hasn’t been a resolution for this issue yet? Been having the same issue as soon as I upgrade any tech. Pretty annoying, haven’t been able to play with the mod at all. I would like an update if anyone finds a way to fix it.

Experiencing the same. Upon reloading it shows corrupted techs and recrashes soon after. 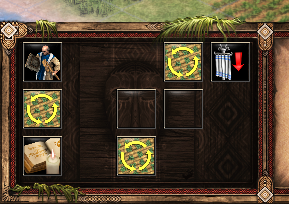 The only “fix” I’ve found is not to queue up multiple instances of the tech… doing it 1 by 1 is fine, but the second I queue up a second, instant crash.

I was able to earn the “going above and beyond” cheat code from the recent challenge event. It gives you the ability to have 256x tech, and it doesn’t crash nearly as much as the mod does.

The only time the game crashed on me was when I had 256 fletching, 256 thumb ring, 256 arrow slits, and garrisoned super fast firing archers into a group of towers to see if I could recreate the effect of ICBMs and attack anything on the map.

The game crashed when I grouped too many towers together and tried to nuke the enemy on the far side of the map. Turns out, you only need a few of these towers to act as an ICBM. And yes, I was able to attack enemy buildings and units from any part of any sized map.