Since it was launch, the game has undergone many positive changes, especially in the last update, but, 3 things that give me the feeling that the game is still incomplete:

I agree but at least it’s not like cyberpunk :D.

For this you can use the hotkey, By holding down the button, you can sell/buy large quantities quickly

About team member crashes, i’ve noticed someone developped a mod (“team balancer”), so when someone leave the remaining others have an increase supply cap.

example 4 players map = total 200x4=800, so if one leaves, the others will have a supply cap from 200 to 267 (800/3). The idea could be developped, and the gather rate for the remaining people could be increased accordingly, so they may be only 3, but would have decent chance of winning.

Of course, it will only work, if we can make the distinction between someone crashing, and someone leaving. Because If a team attack one player, so he decides to give up, the remaining allies shouldn’t get any more supply cap/gather rate bonuses, else it will completly make the teamgames unplayable.

as it is marked I cannot find

You don’t need to configure anything. Each trade has a default hotkey: A, S, D, Z, X and C.
By clicking on the respective hotkey of the trade you need, and keeping this hotkey pressed, u will trade at high speed.

Using the mouse and holding down the click doesn’t work, which is a huge mistake in terms of both usability and accessibility.

Another error is that there is no tooltip informing this functionality.

This option is obviously slower than the classic shift+click, but it helps a lot!

It is not possible to define to which side of the construction the garrisoned units must leave;

It is intentional in AOEiV

It is not possible to buy/sell in the market using shift to make x10 transaction;

“For this you can use the hotkey, By holding down the button, you can sell/buy large quantities quickly”

Yeah but then why devs are forcing us to do macros. You know someone with good background knowledge of hotkey programming or c# can easly write a script that automaticly creates one villager only instead of queing them which might improve players gameplay drastically because they can use leftover resource for other uses.
People will know how much this effects your gameplay from aom.

It is intentional in AOEiV

That being intentional makes no sense.
After all, this lack of mechanics causes a natural imbalance in the game.

Units always exit the building on the north side of them.

You see? Playing on top of the map is an advantage with this error/bug.
So, source please.

If the game has a mechanic that allows for accelerated resource tradding, why the heck would not allowing swapping in packs of 10 be intentional? Source please. 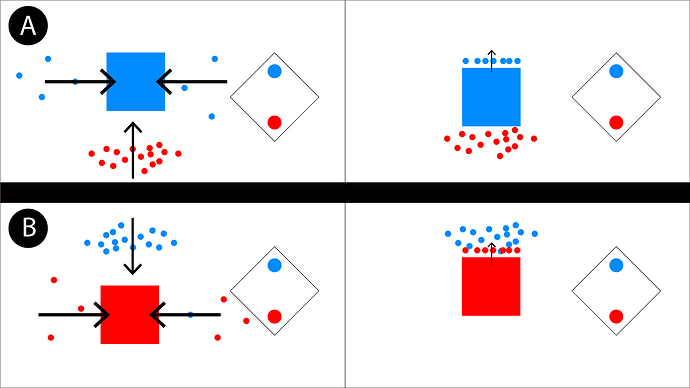 That being intentional makes no sense.

It’s because it isn’t. He’s just trolling. Look at his previous comments on his profile, basically just hates the game.

who is interested in buying and selling at a loss!!

Age insider rewards beeing promised for nearly an entire year now, announced to be handed out in october and still nothing about it in sight.

A person who got into a bad situation for 4 reasons:

If you want to improve you should only use two clicks in the whole game, each click is bought and sold at a loss, it is equivalent to throwing away the work of the villagers or losing villagers, do not use it more than two times!