A DLC CALLED SOUTH AMERICAN REVOLUTIONS would be good

In them would be Gran Colombia, Brazil, Argentina, Peru, Chile.
Here I will present a sketch of what the great Colombia would be like
this would be your metropolis Bogotá 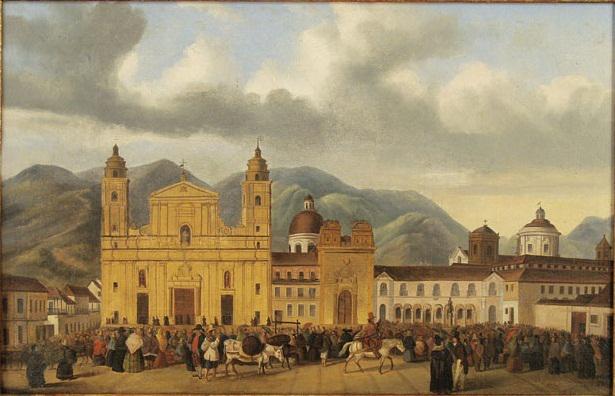 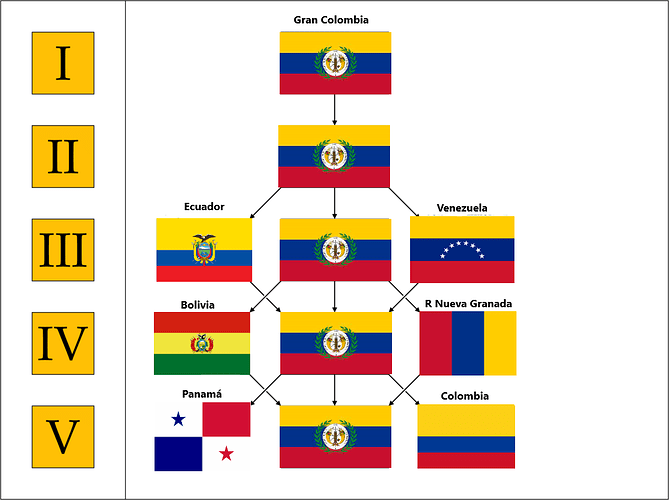 This would be the ages with revolutions.
Unique Units:
General: 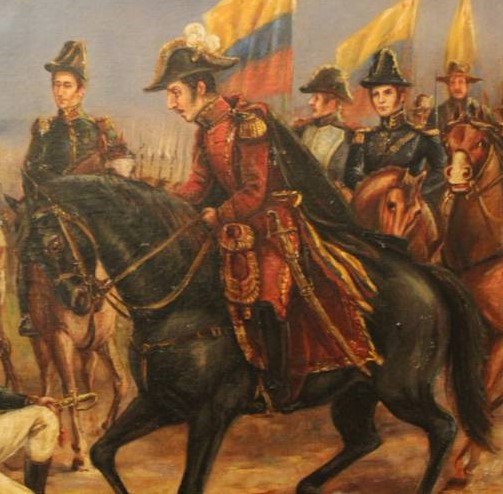 Llanero: it is already represented in the game

simón bolivar: as it is in the game as a shipment

independence soldier: it would be in phases it would start as a Spanish musketeer 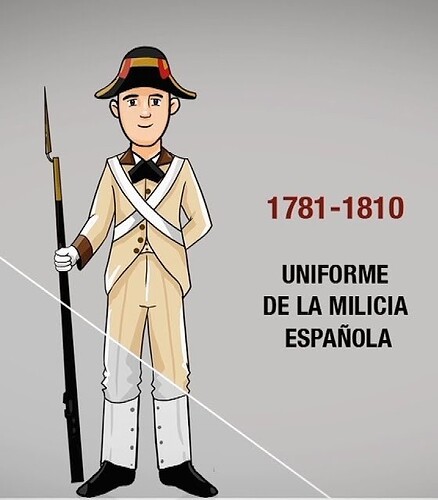 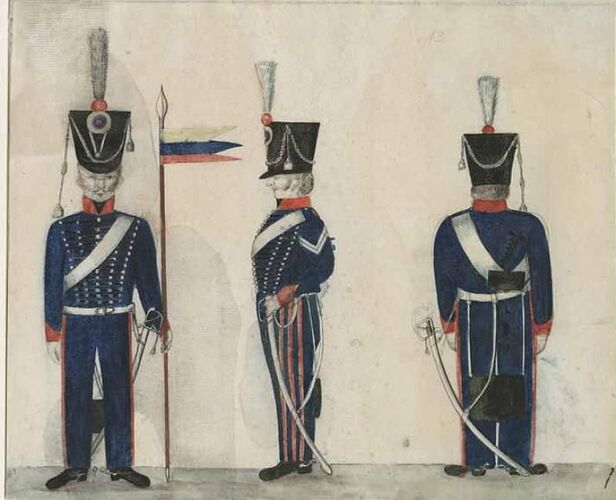 and finally the one in the game. 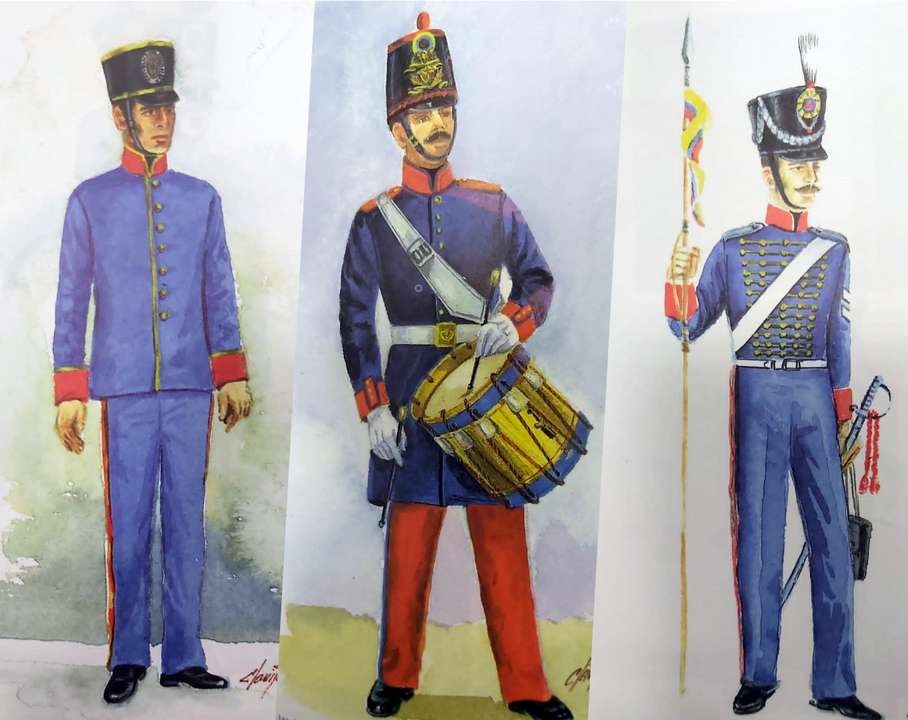 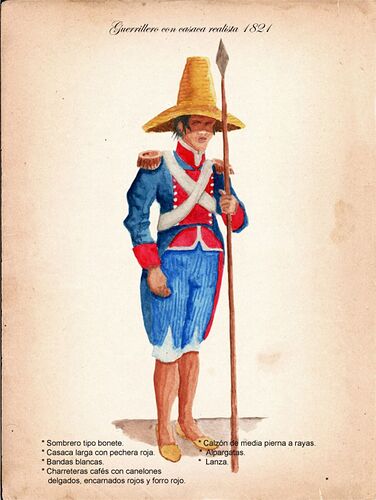 Unique Unit : PRESIDENTIAL GUARD
Origins
In 1781 the Viceroy Archbishop Don Antonio Caballero y Góngora orders the creation of the Auxiliary Battalion of Santafé, which was located in the back of the San Carlos building.

On June 10, 1791, it was transferred to the facilities of the Cloister of San Agustín, today the Museum of Arts and Traditions, in front of Casa de Nariño. In 1918, President Marco Fidel Suárez created the National Cavalry Regiment, which provided security services to the presidents until 1925.
As Honor Guard, the Battalion was created in 1814, in Barrancas, Venezuela, by the Liberator Simón Bolívar.

On September 25, 1828, as aide-de-camp to the honor guard of the Liberator Simón Bolívar, Colonel Guillermo Fergusson offered his life to save his leader and thus allow our fledgling Republic to continue on its way. That episode is known as the ‘September attack’.

At that time, the residence of the guard of honor was the Palacio de San Carlos, the home of Heads of State at the time, and currently the headquarters of the Ministry of Foreign Affairs.
The uniform of the soldiers of the Presidential Guard Battalion dates back to the time of Independence, in 1810, and General Simón Bolívar participated in its design.

The 33 golden buttons represent the 33 battles that took place to obtain freedom, the 22 cords, 11 on each side, signify the 22 years that Bolívar lasted to free five nations. The Liberator called it the ‘parrot uniform’ because of its three colors yellow, blue and red. It is currently used in ceremonies by the honor guard of the House of Nariño. 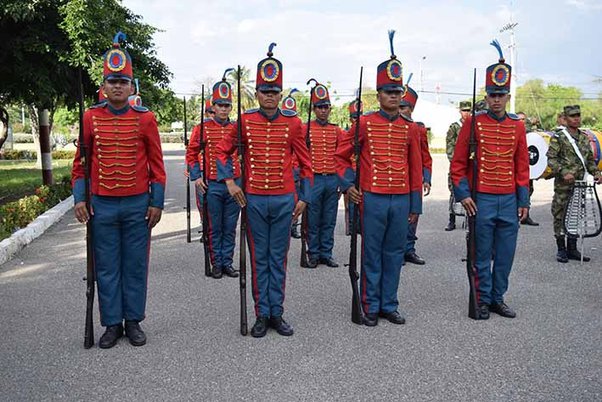 The Juanas were the women who followed the troops of the independence army in the liberation campaign at the beginning of the 19th century. Their work will develop serve as messengers, nurses, seamstresses, cooks and even perform military tasks. Generally, they worked as wives, mothers, daughters and sisters of the soldiers, although there were also volunteers without direct affiliation with the soldiers.
https://enciclopedia.banrepcultural.org/index.php/Las_Juanas 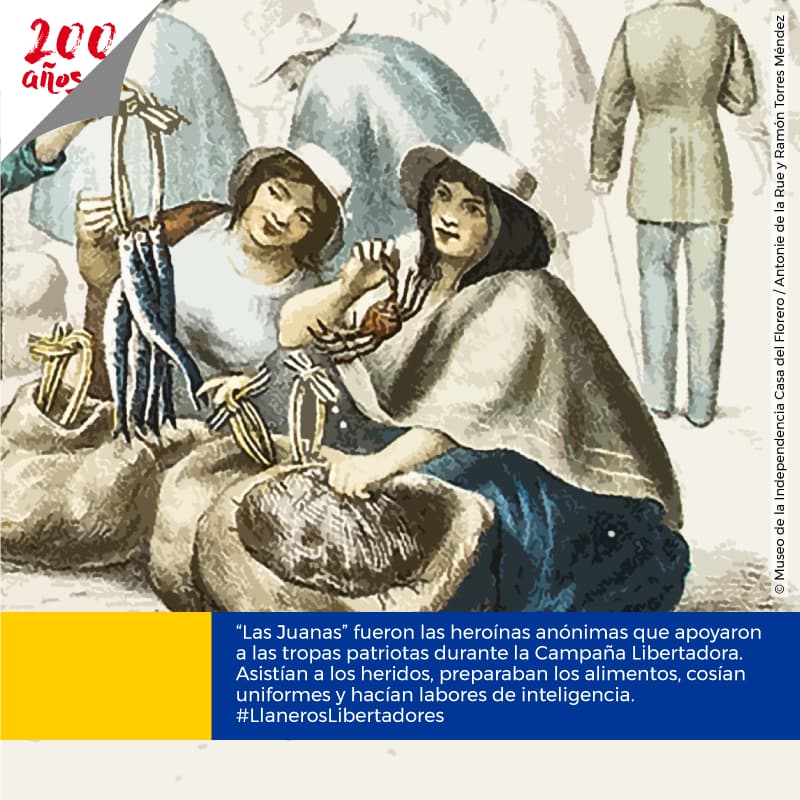 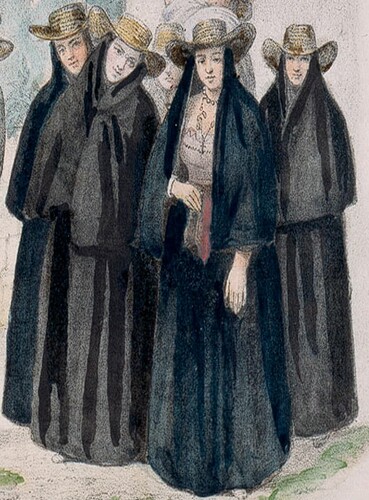 The juanas: send two female nurses who can heal units and reduce resource costs while they are present 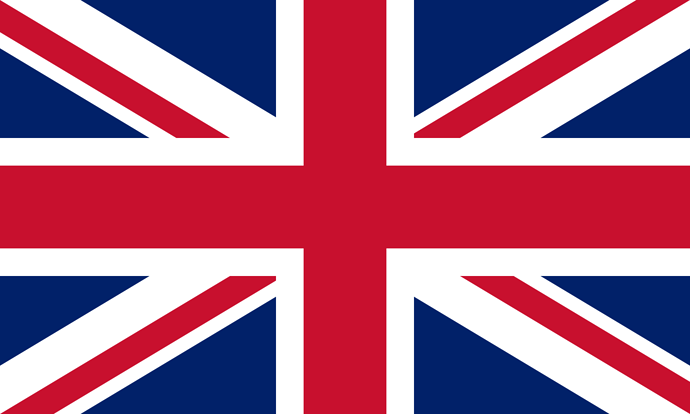 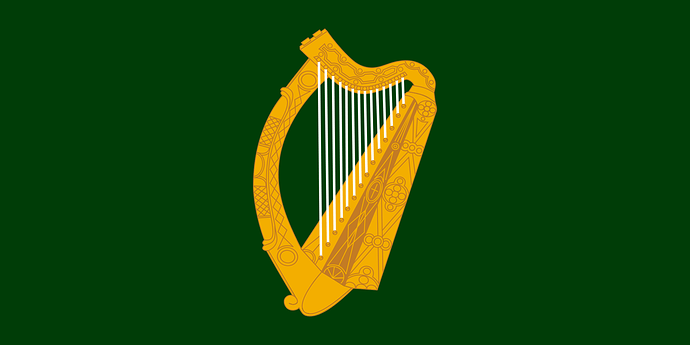 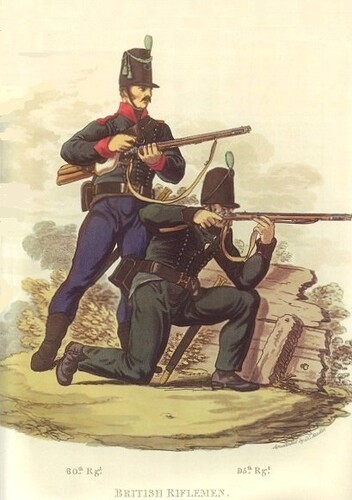 Mestizos: natives and Afro-descendant wielding any weapon clubs spears machetes is similar to the insurgents in Mexico. 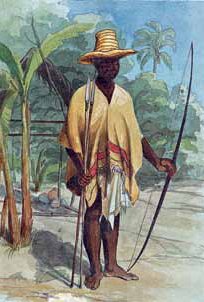 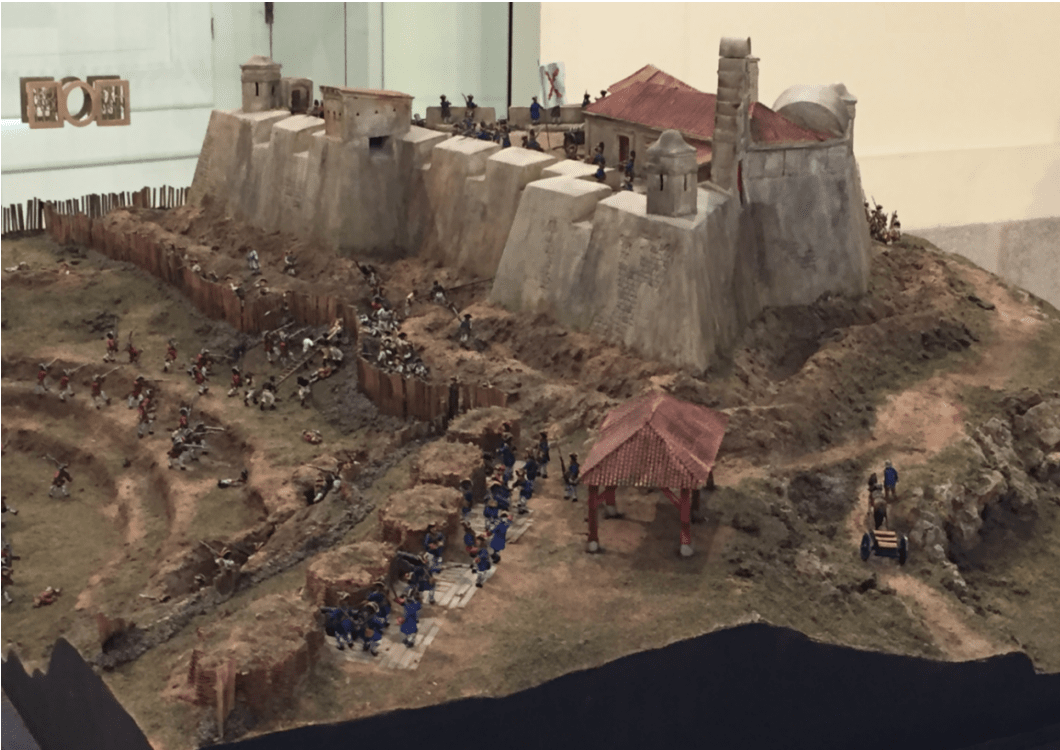 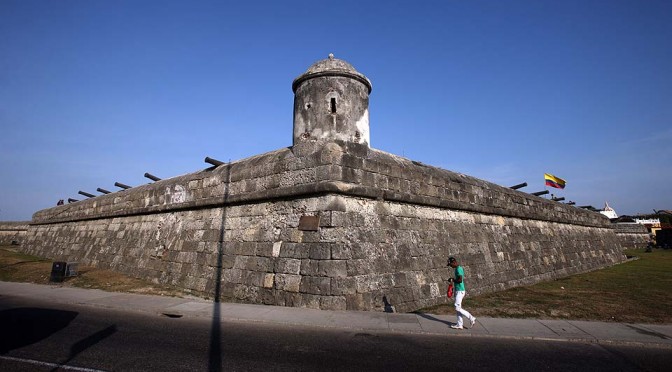 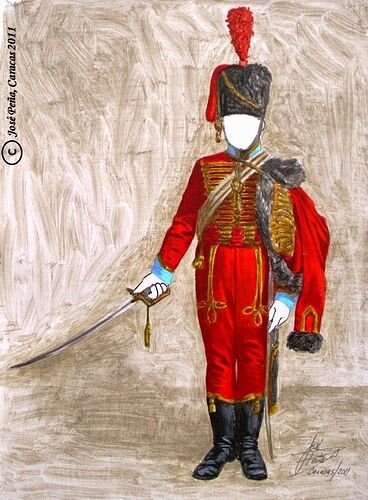 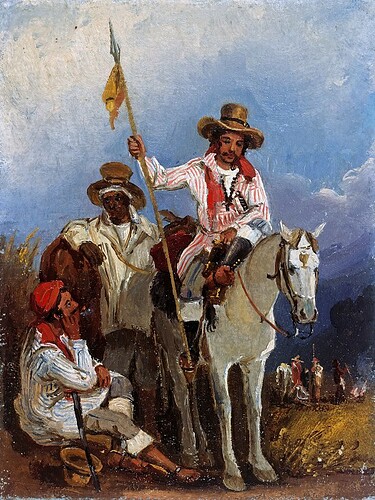 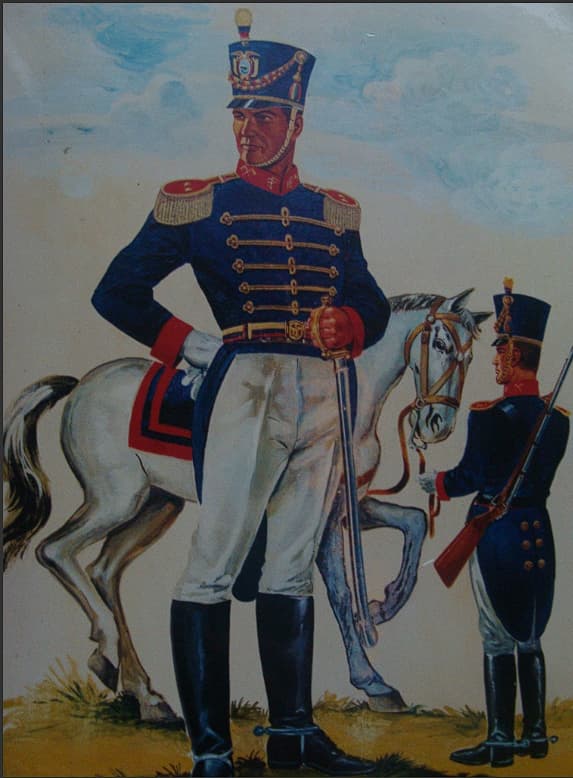 granadero de Tarqui573×778 46.4 KB
and panama as a revolution i don’t know yet so far i can only imagine maritime economy
with the canal and cheaper warships. 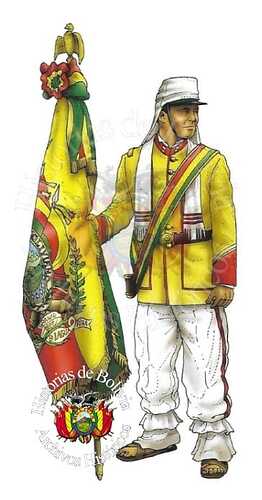 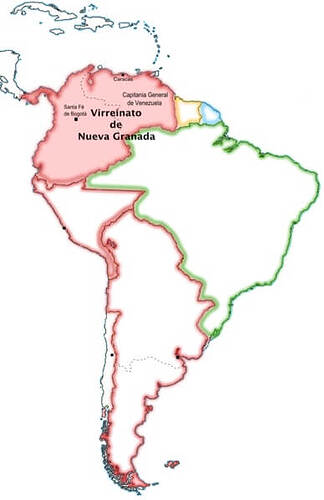 The Viceroyalty of New Granada (Spanish: Virreinato de Nueva Granada [birejˈnato ðe ˈnweβa ɣɾaˈnaða]) also called Viceroyalty of the New Kingdom of Granada or Viceroyalty of Santafé was the name given on 27 May 1717, to the jurisdiction of the Spanish Empire in northern South America, corresponding to modern Colombia, Ecuador, Panama and Venezuela. Created in 1717 by King Felipe V, as part of a new territorial control policy, it was suspended in 1723 for financial problems and was restored in 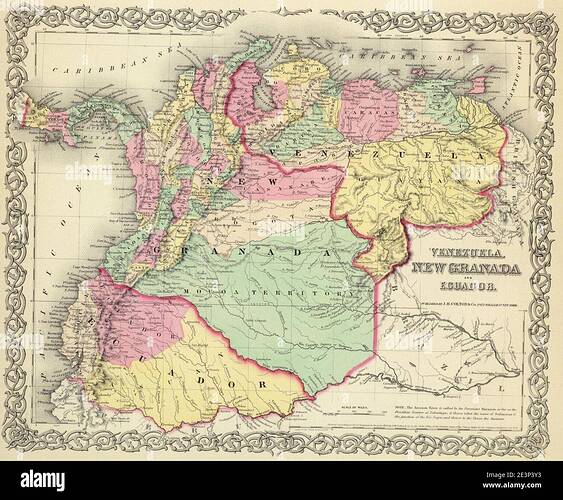 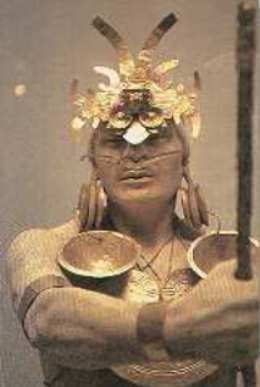 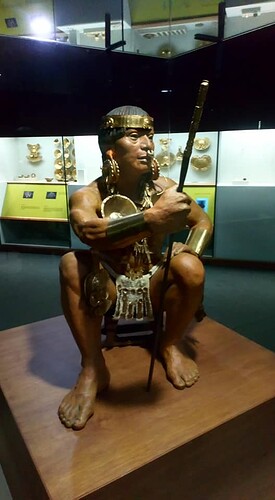 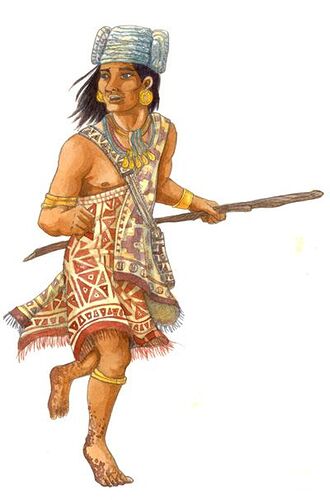 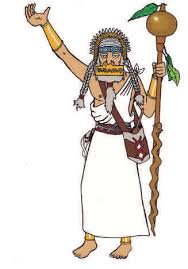 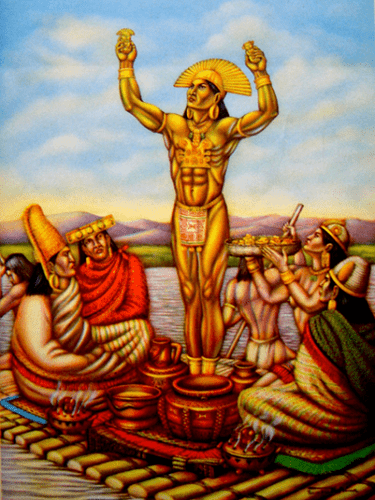 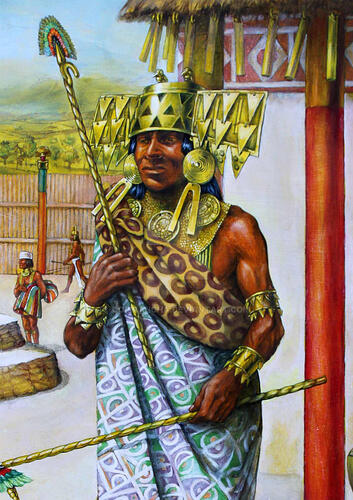 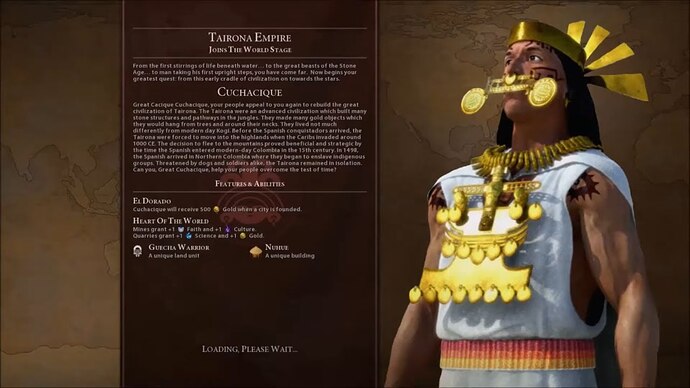 Minor civilization cards: The Golden send a fake army to fight for a period of time 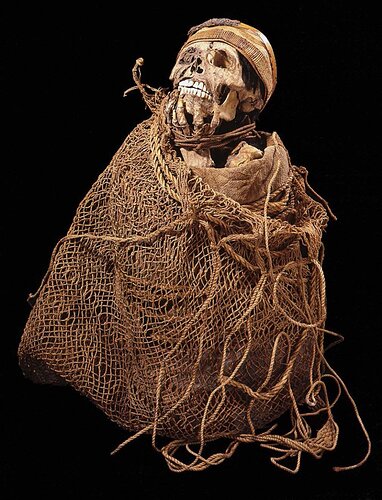 Eo9cts-XUAQjK9X918×1200 237 KB
According to Gonzalo Jiménez de Quesada, who made the first contact with the Muisca, during the conquest, the guecha warriors carried mummies on their backs to serve as an example and impress their enemies in their war. When his soldiers Miguel Sánchez and Juan Rodríguez Parra raided the Temple of the Sun in Sogamoso in September 1537, they found mummies decorated with gold crowns and other objects placed on raised platforms .

and the letters would be missing
Botanical Expedition grants faster harvesting on farms
salt mines; send a cartload of salt.
coffee sends a cart to make a coffee crop
Estates : send x number of estates.

So basically a similar civ to mexico?

I doubt gran colombia will ever be included due to the fact it lasted 10 years.

Actually Gran Colombia with the revolution system is a good way to represent all of that States. It is very fitting.

But what a ten years!

Postcolonial civilizations, while interesting, still feel very forced. I think this game should have a separate game mode, inspired by WOL where these types of civilizations will fit well. I am from Colombia, but I think that Colombia would not fit. But we already have Mexico and the US, so we could already expect more civilizations of this type in the future.

The good thing about this is that they may add new maps and natives such as the Guayu, the Quimbaya, Muisca, Tairona, etc.

I think that if they add new South America civs, they should be Gran Colombia with Bolivar as explorer, United Provinces of Rio de la Plata (Argentina) with San Martin as the explorer and the Brazilean Empire with Pedro II

Gran Colombia may have been short-lived, but the work of Bolivar and Santander set off the process leading to every other revolution in Latin America against Spain and Portugal. They, along with Brazil and Argentina, deserve a place in the game.

However, they should certainly have their own feel and set of mechanics that differentiate them from Mexico, while respecting the history of these countries.

I think this game should have a separate game mode, inspired by WOL where these types of civilizations will fit well.

Peru and Chile as fully fledged civs would overwhelm this region in my opinion. I would prefer Mapuche and Tupi to them.

Nassau, the Republic of Pirates lasted longer than Gran Columbia

Overwhelm a region that has a grand total of ONE (1) civ? ok.

Besides, both the argentinian and colombian independent processes ended up in Peru, which would make it more viable as a new civ with support cards from Argentina and Colombia and other SA nations that fought in that last stretch, if devs want to save resources.

Argentinians, Brazilians and Gran Colombians - DEFINITELY YES
Peru and Chile as fully fledged civs would overwhelm this region in my opinion. I would prefer Mapuche and Tupi to them.

Overwhelm a region that has a grand total of ONE (1) civ? ok.
Besides, both the argentinian and colombian independent processes ended up in Peru, which would make it more viable as a new civ with support cards from Argentina and Colombia and other SA nations that fought in that last stretch, if devs want to save resources.

I think that all civilizations in South America have a certain right to be in the game, but I think that this topic is deviating too much from its original proposal, I think that instead of debating whether should be added X civilization, we should consider how we want it to be represent her.