Achievement "Guardian of Scotland" does not pop up

Issue: The achievement “Guardian of Scotland” is not popping up for me. I know I am signed in properly to Xbox Live because I have received two other achievements in this game so far. I did the 7 scenarios for the William Wallace campaign. I made it to the Victorious screen on each one, and watched the rest of the last slideshow as well. What am I missing? My Xbox gamertag is LilKWill 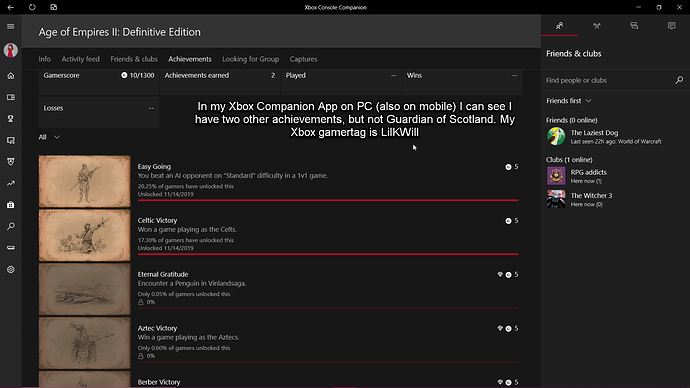 Disregard. I redid the very first mission in the William Wallace campaign, and the achievement popped up then so this is settled.

Hm. your solution doesn’t work for me. I have a steam version, and i did all but last mission during beta.

Okay, the solution was to complete all missions from the start.