When I add new AI to a Skirmish Game and all teams are on Auto I expect to be still on Team 1 but when starting the game in the loading screen I am clearly on Team 2. Also when multiple teams are inserted with Auto two are the same colour. 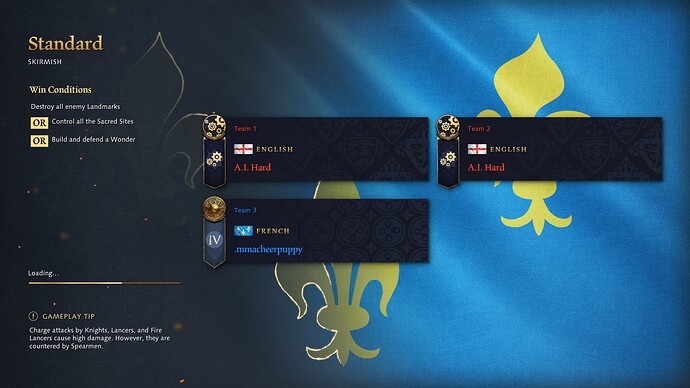 If you put yourself as Team 1 you will be Team 1. Auto just randomly puts each person on a team. Also, you currently cant change the colors of each player. I hope that will be implemented eventually but currently its not a feature.

That’s just not right. If you are on Auto it always takes the player as the last player in the game and as such assigns them to the last team. It’s as if they wrote somewhere in the code setPlayerPosition(len(players)) instead of setting Player1 as the first player (first team). Name me one other game that fails to do this. It’s poor polish and an oversight. Yes there is a simple workaround, but this is certainly a bug and careless at that.