When playing as the Spanish on Skirmish games and using the deck card “Advanced Trading Post” which grants the attack ability to trading posts and if you are in a map with south american trading routes / tribes (the trade route zone is different than those original trade posts or the ones in asian maps) then the advanced trading post will not attack enemies even if they are right next to it.

The advanced trading post would attack the nearby enemies 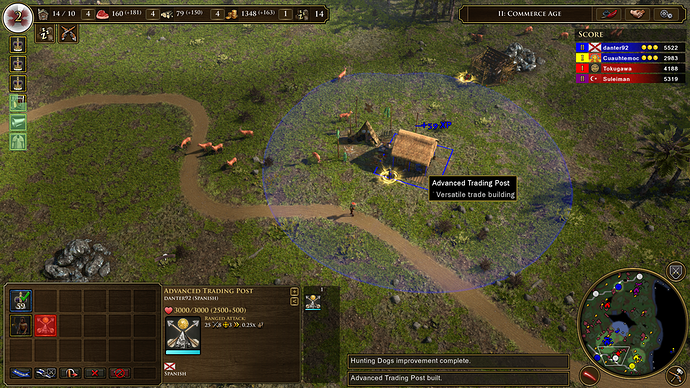 Hello danter92, thank you for the report. We’re now tracking this issue.