For various projects, I created a Poll regarding the Revolutions, where I wanna collect your opinions.
I would love it if you gave me your input 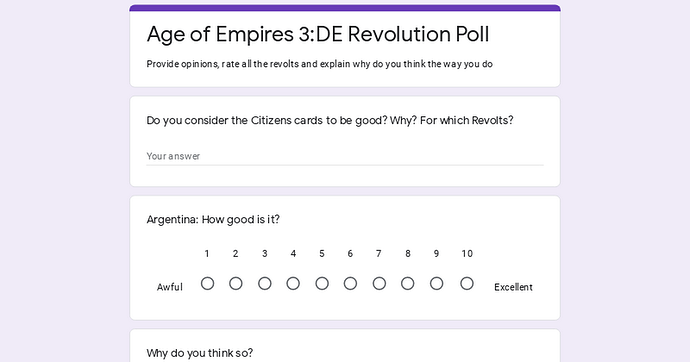 Provide opinions, rate all the revolts and explain why do you think the way you do

I’m gonna repeat my comment on the wiki about Brazil Dragoon.

The only use of melee attack on ranged cavalry is only when fighting against Artillery since most artillery have 75% ranged resistance. At least when Revolting to Brazil, Dragoon can be used as a substitute to Hussar vs skirmisher in melee mode although still vulnerable against them in range.

Are you going to post the results of the poll somewhere?

You should probably add a quick reminder of what each Rev does within the poll. There are a lot to track now…