AI players are extremely ineffective at gathering treasures on the map, often misjudging the strength of treasure guardians or becoming “indecisive” after engaging a treasure, either leaving the treasure entirely or re-engaging over and over again until their hero unit dies.

The current logic for engaging treasures is in fact so bad, I would argue it is detrimental for the AI to attempt gathering treasures at all. It would be better if their treasure-gathering was disabled entirely, to prevent them from continually suiciding their starting units.

I would expect either a much smarter logic for engaging treasures, or at least remove the AI’s ability to gather treasure entirely — to improve the AI’s general performance in games.

AI giving up on treasure mid-fight instead of finishing it: 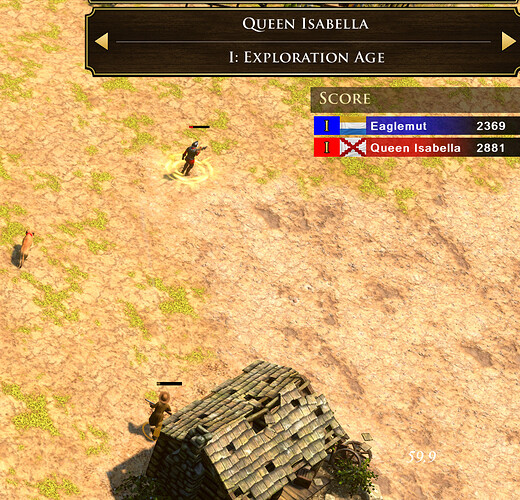 AI engaging a 3-cougar treasure with only 10% hitpoints left on Explorer (obvious suicide): 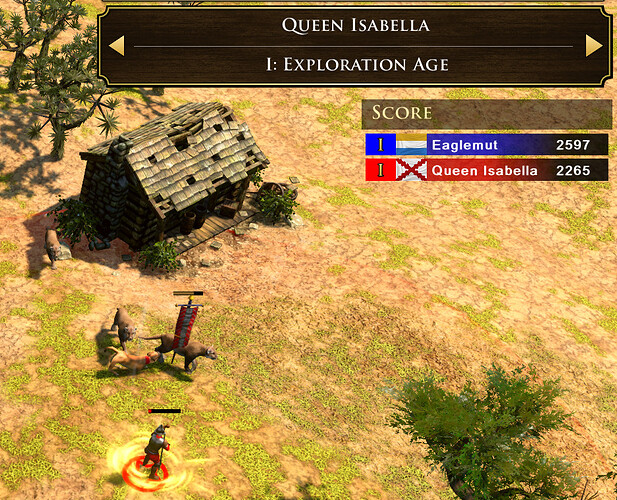 The AI does a lot of things like this I’ve noticed- sometimes it will siege an enemy TC till it has like 100/6500 hp left and then just suddenly give up and attack something else close to the TC.

I don’t have a recording to show this. But it happens too many times when I play against it - the AI sieged a stable of mine till it had 100ish hp left and suddenly changed its plan and decided to burn down the outpost next to the stable. Ultimately it could destroy neither.

Also related to how the AI uses his explorer - often times they use the explorer to attack your TC or villies alone, usually upon advancing to age2, resulting in 100% certain loss of the explorer.

There is another issue /exploit. If the AI explorer is attacked just before taking the treasure, he will not pick up the treasure, but will return fire instead. (allowing the players to steal the treasure).

AI will not steal treasures that human players cleared, but not claimed yet.

It happens sometimes. I was twice dumb enough to let the AI steal my Treasury ^^’