When playing against the Haudenosaunee, their war chief frequently beelines towards the best treasures near the opponent’s TC. In the screenshot below, note that their war chief is trying to take an opponent’s treasure at the 1-minute mark, instead of going for treasures near their TC or exploring the area. To put this in perspective, as you will notice from the explored territory, my first action for my explorer was to take that treasure and was very surprised to see the war chief fighting the guardians. The rapidity of this indicates the AI knows the location of certain treasures and is taking them from their opponents instead of taking more conveniently located and discovered treasures

Haudenosaunee war chief should be exploring the map to find treasures and resources near the AI TC, not sniping treasures it shouldn’t know are there. 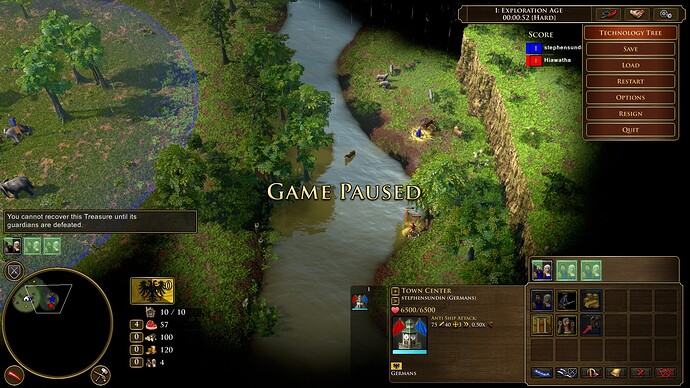 Two more instances:
Looks like it’s not just the Haudenosaunee. Here the Indian Brahmin beelined for a 40 xp treasure I already took. They walked straight past my TC as if autopathing to the treasure as soon as the game started. 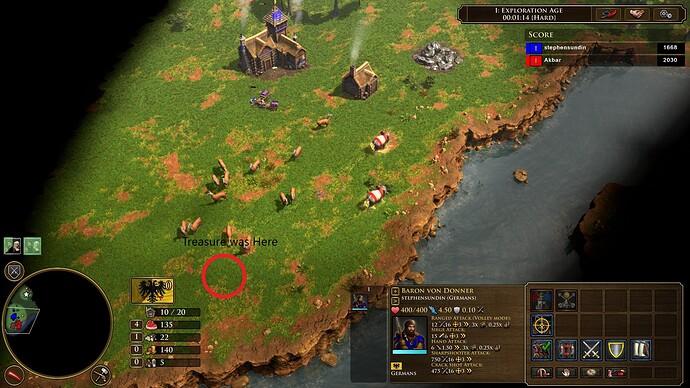 The Haudenosaunee at it again, beelining a 120 xp treasure at <40 seconds, that isn’t in its sightline 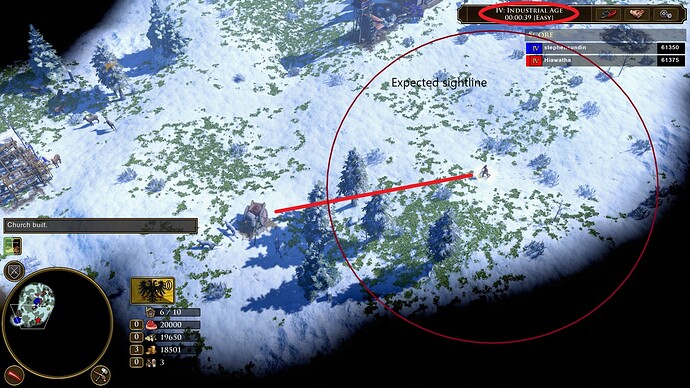