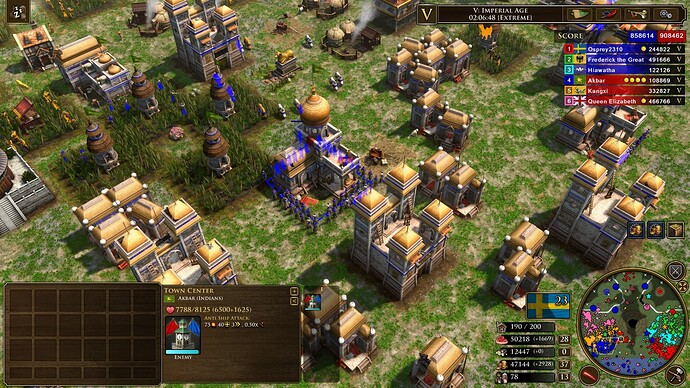 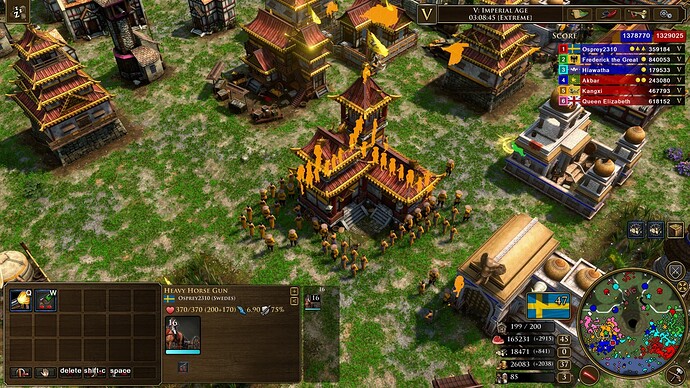 A couple of games I’ve been noticing that Asian AI will leave villagers idle for a while. They usually go back to work after a while, but I don’t think this is intended behavior. Maybe they are not gathering because its very late game and they already have lots of resources?

Happens particularly when they are attacked. After hiding vils in the TC, when the vils are released into safety, they stay idle.

In any case, they should go back to the rice paddies.

How often does the issue occur? CHOSE ONE; DELETE THE REST!
This only happens once the game goes on for a long time. I have noticed that this with Asian civs only (those who build paddies instead of mills or estates. Usually once wood runs out.

What was SUPPOSED to happen if the bug you encountered were not present?
AI should not idle villagers like this.

This is a long game though, check around the times in the pictures above. Around 1:40:00. It is a persistent issue till the end of the game.

Thanks for your report! We’re now tracking this issue.