AI not working in the last two missions of the Steel campaign.

The last two missions of the Steel campaign are bugged, as the AI does not work correcly. In the Incan defense i won the scenario without acheiving any of the objectives, as the AI massed inca units and destroyed the red fort before i was able to put the 8 cannon on the flaged area (i was playing on “hard”).

In the last mission, the ossuary does not attack havana at all, and their vils are simply looking at the gold.

The AI should at least pose a challenge, as the objective was to hold the navy. but it doesnt attack at all.
On the map of the inca, the game just won by itself. 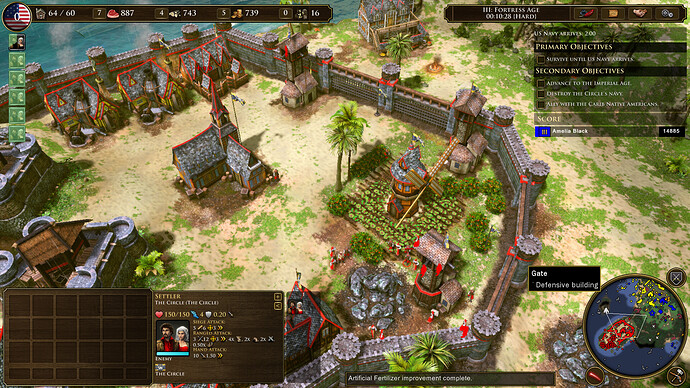 Yeah, the AI just masses a lot of troops in the southern side and forgets about them.
I’ve already reported that issue in here.

ISSUE EXPERIENCED I was playing through the last mission of the third act (Last stand of the Boneguard) and noticed that the AI didnt even try attacking me once! Instead it will choose to gather all of its troops on an arbitrary place and let them sitting there for the rest of the game.