AI players way too passive in technologic and economic matters

In my games at hardest difficulty, at least 1 AI ally doesn’t go past the “Commerce Age” even if the game reaches the 30 min mark (this happens in my case, with the Spanish AI) and generally all the AI players tend to build a lot of mills and plantations but they dont use them, even if they reach “Imperial Age”, instead they send their villagers to gather food or gold from animals and mines in the enemy territory, or they are just standing still around trees or the town center.
The issue with the AI don’t going past the commerce age, and not using the mills and plantations seems, to be solved if the human player commands the AI to focus in economy.

That the AI players advance to fortress, industrial and imperial age in a normal way and dont stuck in one age in particular. That the AI uses the mills and plantations, in a reasonable time, and stop sending villagers to suicide in the 30 min mark.

The AI will make tons of plantations and mills but, in some cases they will abandon them trying to search natural resources.
They keep sending a lot of settlers across the map, its like a suicide mission.

Before the player gives the command to focus on economy. 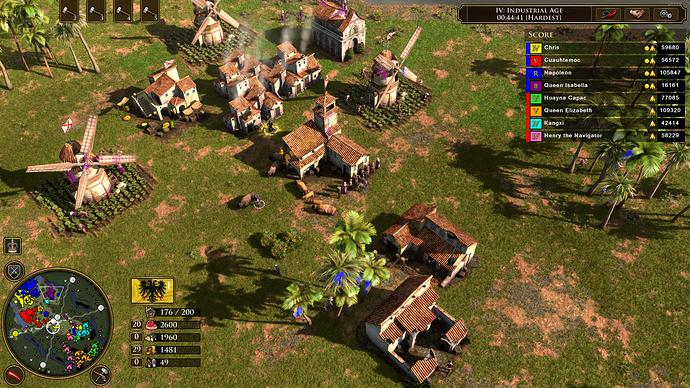 After the player gives the command to focus on economy. 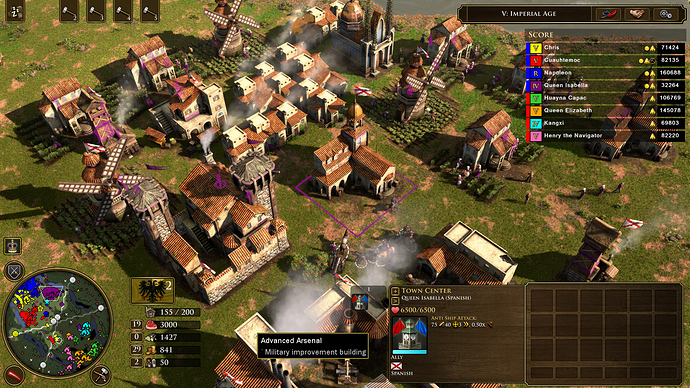