1.Your (AI) Allies won’t help you defeat the enemy.
2.Akbars score doesnt reflect reality
3.Enemy AI is spamming inhumane amounts of flaming arrows and tomahawk despite not having wood

So… I played on Honshu with the French and went with Haiti in the Revolution, because i wanted to test the Towncenters Pirate-Spawn mechanics. At first the game went normal, building up economy, fighting a few skirmishes and aging up to the revolution - nothing special.
right after getting my revolution-eco going again (~30min) i spammed pirates and militia, built forward Forts and relocated my towncenters to the front.

It took 1:30hours of permanent siege and 33 Towncenters spamming free pirates to break the AI. My Enemies spammed Yumi-Archers, Flaming Arrows, Tekkousen, Fune and Tomahawks, despite having only acces to wood via their shrines (all other wood had been chopped for at least an hour). Also it seems that the Extreme Ai trains Units much faster than a Player would.

In the meantime my AI -Ally did nothing. 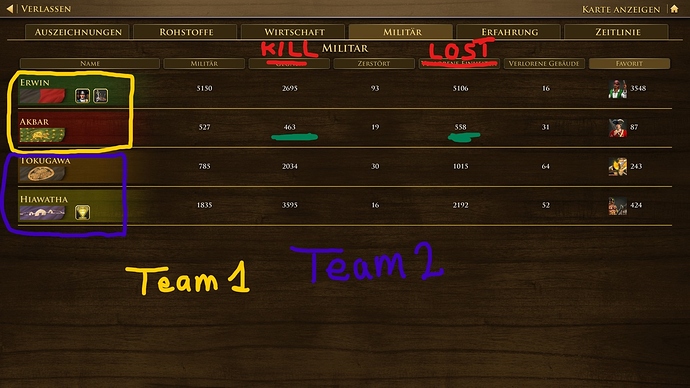 Akbar Useless1920×1080 431 KB
His Army stood most of the time in his base defending nothing, occasionally the army moved to the front to look at the enemy, just to walk away as soon as a shot was fired.

eventhough he did nothing, and i produced nearly twice the amount of ressources he got a bigger military and economic score? 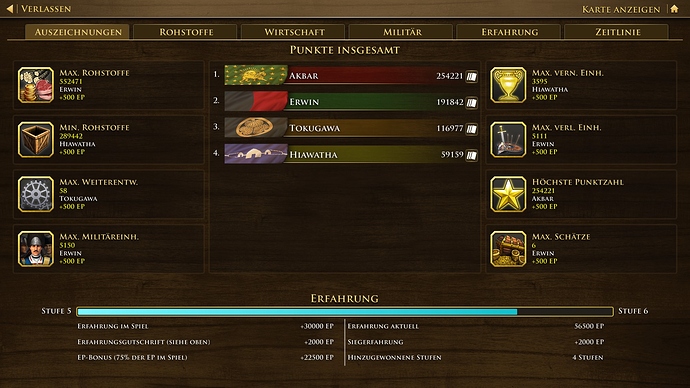 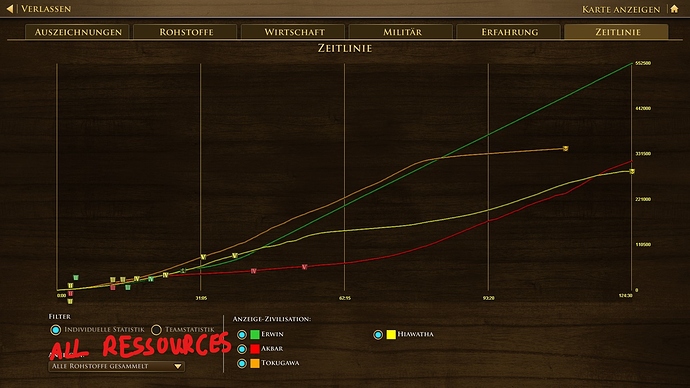 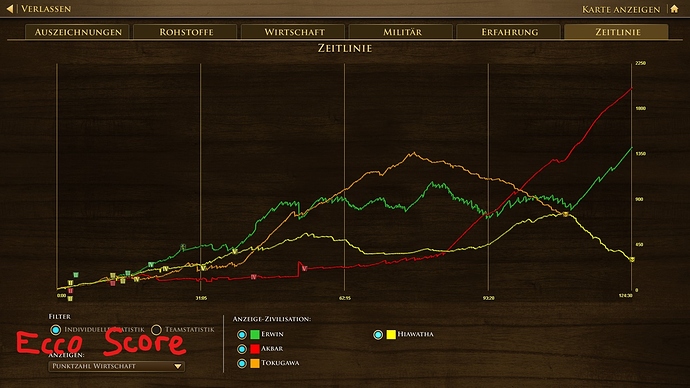 This seems to be a problem exclusiv to akbar, since the other AIs i played with or against didnt get such inflated, unrealistic scores.

REPRODUCTION STEPS
Play against extreme AI and dont rush them down.
Ally Akbar.

i dont know wich buffs the Ai gets on Extreme and how the scores are calculated, maybe add some description when hovering over the stats that say “Eco-score = 20% resources spend on Buildings + 10% Ressources left + 10% ressources spend in Technology…” (like in AoE2).

Scores are calculated purely on resources in play, in the bank, spent on techs and anything built or trained. Therefore because Akbar isn’t contributing, he isn’t losing resources and thus his score goes higher. Unlike aoe2 where kills and such count to score.

In response to the bug, yeah there’s loads of AI bugs right now…

Let me guess, your AI opponents were camping too (I.e. they didn’t attack your base at all)? So in essence, you were the only player actively going to and from your base.

Ugh, really not impressed with the current state of the AI. Granted, they have some really cool new capabilities, but core behaviours such as attacking, supporting, gathering, etc should function properly.

It’s definitely bugs, especially with the Lakota and Haudenosaunee AI. I’ve got recorded games where they attack fiercely but these are rare. The AI potential is a lot higher then it was before but… yeah… potential alone doesn’t do anything.

Also yes, that theory does add up because otherwise they should have got rolled using revolutionaries against imperial age units. Assuming they upgraded them which used to always be a big if but my observations suggest they are better at that then they used to be.

the enemy AI launched some attacks on Akbar. Since Akbar was in front of me, i dont know, if the enemy aimed at my base at all. In 2 other games against AI the enemies tried to kill my Ally first and didnt attack my base at all. But yes, most of the time they were camping.

i really liked the AI in the Beta a few weeks before, when they built forward bases. This was especially impressive, when playing maps like Ceylon/Amazon River/Caribean and they shipped villagers to other islands. But they dont do that anymore

Had the same issue, played a 4x4 with the AI. On my side some European countries, and on the AI enemy the american tribes, one of each, on extreme. My allies all went for revolution, which was impossible on the original game, and don’t seem to know very well how to handle it. Also, the AI on both sides stayed on the base almost the entire game, without any attack at any base, only a very occasional attack to the fort’s in the middle of the map. Basically, I did all the fight, and the last 2 AI manage to spawn an absurd amount of troops, making the game slow and boring. Funny enough, when I finally manage to destroy their armies and was finishing the game my allies decided to send armies to help…
Bottom line, the AI manage to get worst than it was in the original game, as it has the same issues, like sitting with the army on the fort regardless off whats going on, and now simply won’t attack.

Off-topic: Also found the stability of the game very bad, with small stuttering’s all the time, really makes the whole experience quite bad.