Anyone else think Inca Macemen are underwhelming?

I was thinking about all of the units I’ve come across playing AoE over the years, and I was trying to figure out which ones seemed to be the most useless. I notice every unit seems to have it’s thing, and is relatively balanced with the exception of the macemen for the Incas. I can’t figure out what it is that they excel at, because I’ve never fought an army of them that did any real damage at all to anything. They might kill buildings fast, but not nearly as quick as let’s say a battering ram, and they feel so much slower and harder to make. Their effectiveness in combat is just so underwhelming, they can’t really compete with other dedicated melee units like Ronin, Jaguar Warriors, Dopples, or Samurai because they cost so much pop and don’t make up for it with anything remarkable.

Anyway that’s just my current opinion and definitely not a fact, if someone wants to shed some light on them and tell me how they can be used effectively I’m all ears.

It is a hybrid between the ram haudenosaunee and a doppelsoldner. What happens is that it is not used to besiege, because it is better to use the range of the huaracas, and melee is not used either, because at one point in the game the melee infantry is not very useful. On the other hand, the shipment of 3 maceman in strengths is very undervalued, it is a very good shipment.

Sometimes you need them though.

For example when you’re against cuirassiers, or against hoards of coyotes or pikeman. They also add the splash damage you might desperately need. Don’t disregard them completely.

I always prefer bolas over macemen, they’re 1 pop and relatively cheap and do aoe damage, age 3 they’re not great but age 4 they become quite a decent unit.

I really admire the design of the Inca civilization, the units and the architecture, which were very well done, representing very well, what the Inca civilization was like (except for the towncenter, which is totally asymmetrical and dissonant, like the towncenter of the Haudenossaunee, and even the of the Aztecs, as the Inca towncenter tries to mix an ushnu - ritual platform, usually with a place for an Inca throne at the top - with a side house with a fountain). But the Inca maceman, who is actually a kind of chimu nobleman, besides not being a common type in the Inca army, is a beautiful unit, but only that, with little use, if nothing is changed in its design. Even more, there were Inca warriors with huactanas, similar to the German godendag, which could have a better design compared to an empire’s warrior (the maceman’s apples are even rare in the Inca empire, but the huactanas were known, we have many preserved of that model), and if they wanted to represent an elite Inca unit, they could use halberds (the only mention of the Inca halberd belongs to the explorer, who does not use the correct mascaypacha, which was made of cloth, with some gold threads, and was not a square gold sun in a golden crown used in theatrical performances of the intiraymi, but was attached to a llautu, made of long strips of cloth wrapped around the forehead). The Inca halberd would carry a bronze halberd, like the explorer’s, and could be a well-armored halberder, as Inca nobles wore effective and light armor, of hardened and compressed cotton layers, glued and sewn, with leather breastplates. llama, or of metals (purapura). Halberds perhaps with a little less attack or defense compared to Europeans (they had bronze halberds), but much faster, would be an interesting unit. It could be argued that it would be a rare unit in the Inca army, but by the representations of the time, it didn’t seem all that rare. What seems much rarer is a Chimu nobleman in the Inca army. But I understand that the developers were excited to introduce units that showcase the diversity of the empire, I would be excited too! They could at least speed up the unit, or, as the Incas lack atlatls (cumana), this being a very common weapon of the Chimu empire and the Peruvian coast, it could be an added attack on this noble Chimu (the Chinese Immortals, from Age of Mythology, they could choose whether they would fight as yeomen or swordsmen, it could be something similar… They could use atlatls to attack from a distance, if you selected this attack for the Maceman, being a good attack against cavalry, and when necessary, one could choose to use the mace. 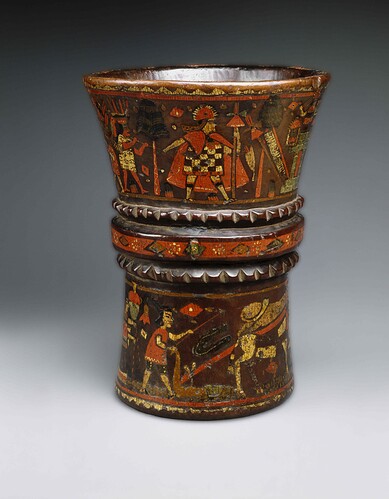 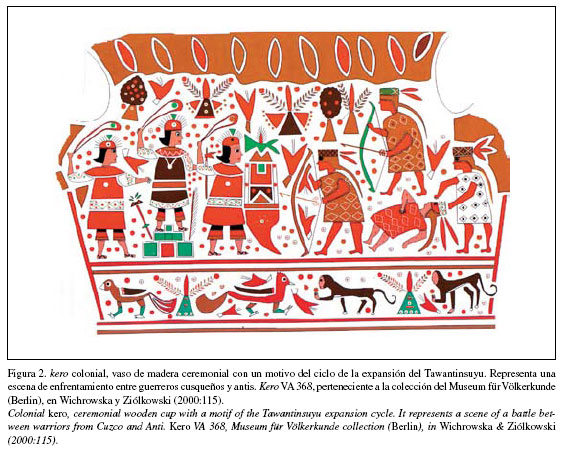 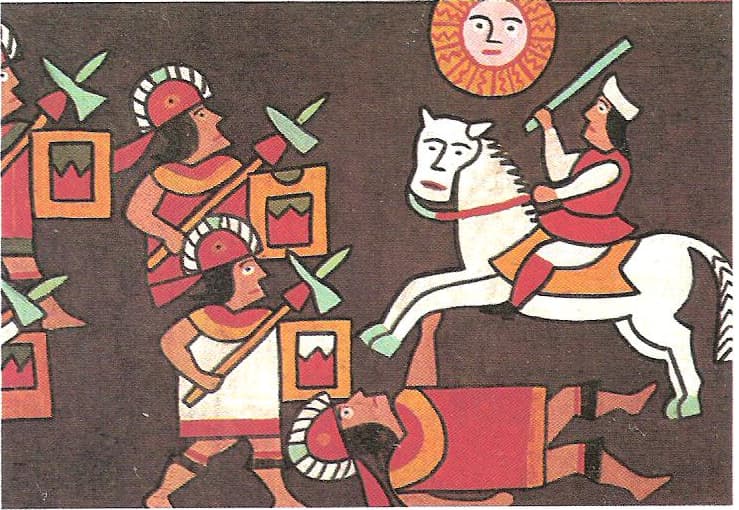 The real underlying issue with macemen is that they have an rof of 2.0 instead of 1.5. so if they get into combat with other melee inf or heavy cav they both take a swing at each other, then the opposing unit gets the next swing, then the maceman swings back, etc
So what happens is the sequence for normal melee units is
(0s, 1.5s, 3s, 4.5s, 6s)
and macemen are
(0s, 2s, 4s, 6s)

so not only do they get 1 less swing in every 6 seconds, they also have a large disadvantage of getting damaged twice before returning fire, meaning they snowball very poorly. High rof units like urumi or erks snowball hard and, well, macemen do the opposite. They’re just underwhelming and only really useful against pikes. Even spahi give them trouble and that is, quite frankly, embarrassing

Why make macemen when you can make chimu?

Maceman is like indian rajput’s: totally useless. I think i wouldn’t use them even if they take 2 pop. They’re so damn slow and expensive it just doesnt’ make sense.