I think the same and wanted to propose it.

And then all the subclasses

Hmm, some notes on that:

Units doesn’t have counters against Ranged Heavy Infantry and Melee Heavy Infantry, all is Heavy Infantry. “Light Infantry” doesn’t exist (well, actually it’s more complicated) so I would use the filters clearly separating tags with counters and tags related to tech only.

The only exceptions that I would do would be Mercenaries and Siege, because they aren’t usually their main attribute although counters exist for them. Plus Natives and Outlaws for the same reason (although there is no counter tag against those.)

Anyway, it would be possible some kind of function that allows you to modify your own PC files to add decks? There could be some kind of social feature where people share online their deck and build orders, and then by a few clicks you can download it, without building manually the deck in-game. That would be megacooooool 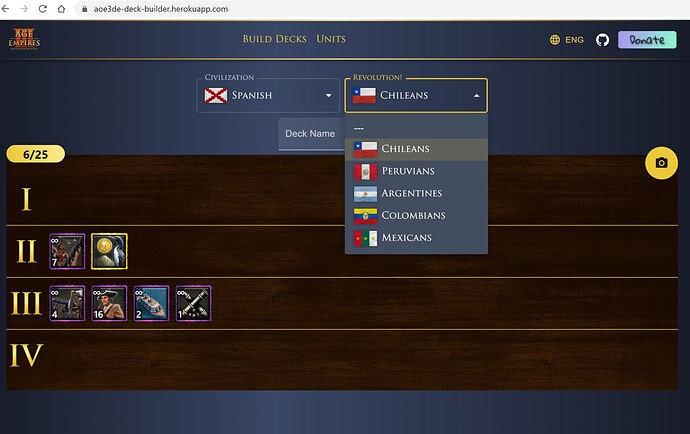 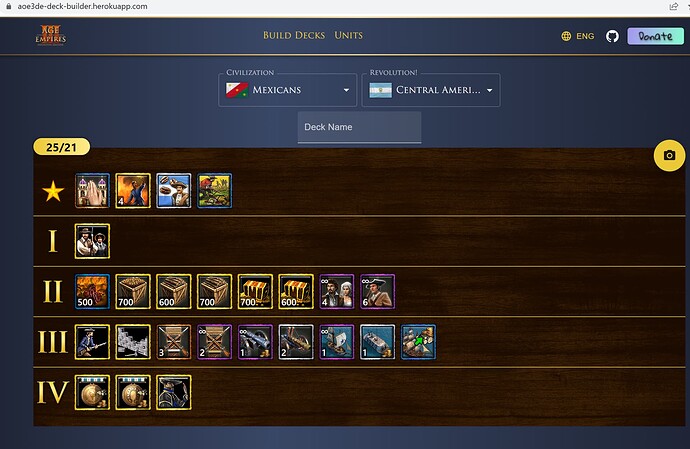 Not even the base game show revolutions on the tech tree, you have surpassed them!

Sir, I know you’ve done a lot, but would you mind adding Mexico and USA’s federal cards?

I think they are important enough to be there, plus they come from home city too.