I’ve tried multiple times and the game consistently crashes when trying to load a standard game. Also crashes discord.
tried loading into a campaign game which worked however my unit was invisible 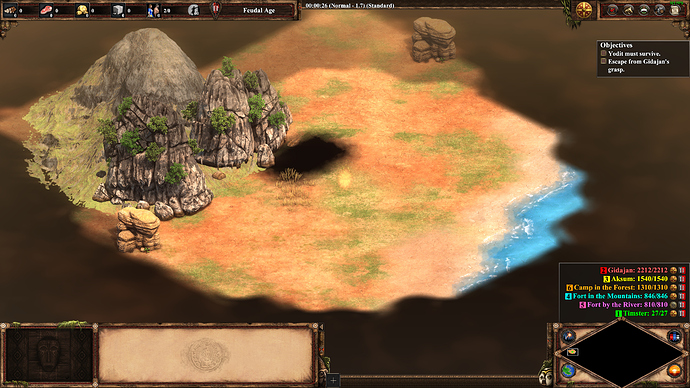 aoe2invisibleunit2560×1440 1.76 MB
Once this loaded it also completely crashed discord and mozilla firefox.

I have tried to uninstall and reinstall the game however the issue wasn’t solved.

Hi there @thatdmnguy!
I posted a similar thread with this issue and got explained to me by the legend @OwnAirplane3203 that its a problem related to how your computer handles an overflow of RAM. Basically what this means is that when you are trying to load into a map, AoE2:DE “eats” up all of your RAM.
Normally when this happens your computer loans hard drive space to temporarily use as “budget RAM”. If there is not enough disk space dedicated to this function your programs start failing as their requests can not be handled.
If you want more help with how to work around this issue you can look here on the thread I created: [Bug] Kotyan Khan Campaign mission 2 Crash

Overall this seems to me like a quite major performance issue which the team should solve pretty soon!