AoE2 keeps getting new campaigns with every expansion, but AoE3 only gets scenarios

Are we not good enough for ya, Microsoft?

Because AoE3 campaigns are a lot more labor-intensive. Just about every aspect of AoE3 is more labor-intensive than AoE2. The team working on AoE3 is relatively small. This is why we get these single civ DLCs. It’s a shame really but unless AoE3 starts pulling AoE2 player count numbers this is the best we’re gonna get. The fact we’re getting as much as we have with monthly updates and DLC has been fantastic and not something I would have imagined before the release of DE.

How would one even price a Warchiefs or TAD DLC when the base game is $20?

Is it really that much more intensive though? Common sense based on the more complicated AOE3 mechanics and the always difficult scenario editor tell me yes, but then again, FE are professionals who are getting paid to make content. If they can’t figure out the scenario editor and spit out single-player missions at a reasonable rate then nobody can.

I’d love to hear from people who have made levels in both AOE2 and AOE3.

I should have clarified better but by labor-intensive, I was specifically thinking of voice acting and how expensive that can be. AoE3 campaigns are more cinematic in nature than those in AoEII, so while the only voice lines in 2 are the narrator in 3 there are multiple characters who can have dialogue. Perhaps the budget just isn’t there? Maybe I’m wrong but I certainly don’t think it is out of laziness.

Both FE and Tantalus are working on both games and who knows what is going on with a possible AoMDE. Tantalus has less than 25 people employed last time I looked.

If I had it my way I’d have Microsoft stop buying all these studios and invest more in 3DE.

Aoe2 is basically the most effective cash cow of the franchise at this point. Create countless civs is easy, since most civs are basically 90% the same core units, and models are shared between many civs, there’s no complicated mechanics and all that.
The campaigns are also basically just generic build up and destroy kind of thing.

So in the end, it is harder to create more civs and content for aoe3.
But given that the current model, with monthly events and DLCs every couple of months have been going on for at least 1 year, it seems this is sustainable. and it really is fine. Figuring out the content of aoe3 is much more time consuming than aoe2, so for me at least, the fewer, more complex civs are better than many generic ones with little differences.

I was specifically thinking of voice acting and how expensive that can be.

Don’t all the AoE2 DE expansion campaigns also have voice acting? I haven’t played any of the new ones because I haven’t bought any of the DLC, but the ones added with The Last Khans have a decent amount of voice acting, not just a narrator.

Perhaps the budget just isn’t there? Maybe I’m wrong but I certainly don’t think it is out of laziness.

I don’t think it’s laziness, I think that Microsoft simply doesn’t want to invest in AoE3 as much as they do in AoE2, hence why my post was addressing the parent company and not the actual studios/developers of the games. 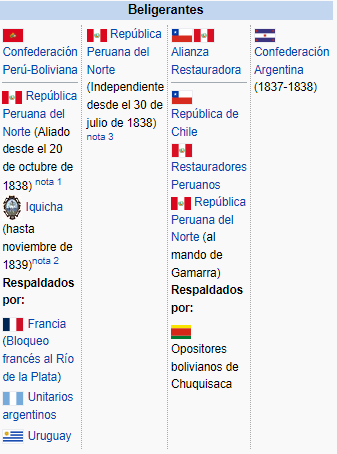 Sadly I guess this is the exact reason…

For one thing creating equal amount of contents for aoe3 is more costly.
For another thing investments of resource and manpower are smaller.

Ah! I see what you’re saying.

Yeah, we’d all like more investment, unfortunately, Microsoft is more fixated on AoEIV and AoEIIDE so we just have to take what they give us, which to be fair has been pretty good. I don’t play campaigns much, just skirmish but I do feel for people who want campaigns. Just the nature of the game and the fact it is bookended by the golden goose and the new game.

AoE 3 de is taken care of very well. We got two new civs on launch, then the USA, followed by the African royals and then Mexico. That’s 6 new civs since release and the game isn’t even two years old yet. And we get patches pretty frequently

Yes, in addition we have content more often, if it were as before, we would have 3 African civs in the african royals (Hausa, Ethiopia and Morocco), but we would not have had neither the United States nor Mexico nor any of its historical battles …in addition, what aoe 3 DE lacks most are historical battles and not so many campaigns (which could come out like those of the original game)… and not to mention that they still give content to aoe 2 DE… Ensemble Studios released The Conquerors in 2000 and forgot about AoE 2 forever…the saga is better now than in its golden years (1999-2007)…

A lot of people say AOE3 fans don’t care for campaigns like AOE2 players as a justification for not adding them. But I fear that might be a bit of a self-fulfilling prophecy. AOE3 fans would probably care about campaigns if they had good ones to play.

I’d be happy to pay for full campaigns if they were well-designed and offered at a reasonable price.

If we’re actually getting Italy this time they could do a real campaign of Ethiopia defending against Italy.

This might be an unpopular opinion, I like some of the “fake” campaigns, give a made-up character a short backstory for attachment, arc development for a moral teaching, introduce it in a real historical event for academical learning and there you have it, good inmersion

I prefer the “historical fiction” narrative of TWC and TAD campaigns, where a fictional character participates in a series of real historical events under one theme, over the “adventure story” one of the vanilla campaigns where the hero travels around and runs into different events.

Fiction is not bad for a historical game but the historical theme still needs to stand out.

(The Chinese campaign is still too fictional, though)

I’d love to hear from people who have made levels in both AOE2 and AOE3.

It’s approximately the same working time. But a little bit more for aoe3 if you want to exploit the full potential of the engine.

There is more work on the triggers and the game allows to make beautiful cutscenes, in this case there is a a work of stage direction and camera, that takes a lot of time.

There is also the creation of a custom Home city (which we, casual scenario editors, do not have access, shame

However, the level design (placing objects on the map) is similar in time.