We wanted to play vs Swedes and picked them. Ingame we noticed that they are “Americans”, different flag and a complete different nation, which is not even pickable in the dropdown in the game lobby. 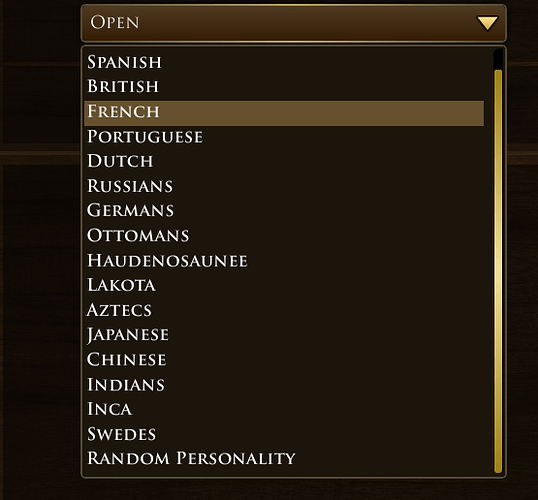 (or did not have found a way how to)

Picking Sweds results in playing vs the Americans

this is some kind of a joke right ?

Mhh ok. After I restarted the game I can not reproduce this

Or I can not reproduce this alone…not sure. But we logged in with inca and swedes (as they both are new) and ended up playing vs americans (with the american flag instead of the swedes one) and incas

edit: from the start of the game (or as soon as we explored them). Not after revolt or something…or they revoled very early and we did not noticed?

edit2: I dont know…maybe we just missed the revolt, it was very early in the game and a treaty mode. Normaly they wont revolt so early. Cant reproduce it anymore and we dont have any proof of it happend…