hi
yesterday i upgrade to the lastest version of aoe3de, and when i joined a host game and all ready, game start loading , then this aoe3de program just crashed suddenly,
and it almost happened 100% again when i do the same

Do you have mods ?
Some UI mods no longer work after this update.

I played one game yesterday and it went out of sync after maybe 15 minutes. I don’t have any mods installed. I had found a game through quick search but after everyone had loaded in it crashed saying one of the players failed to load or something. That has happened before though occasionally 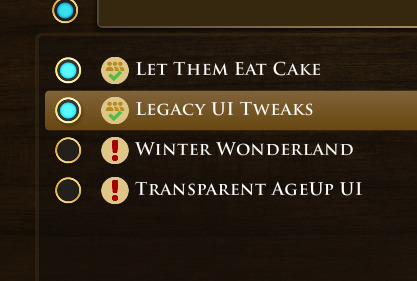 these are the mods i installed

after unsubscribe all mod, problem solved thanks !~