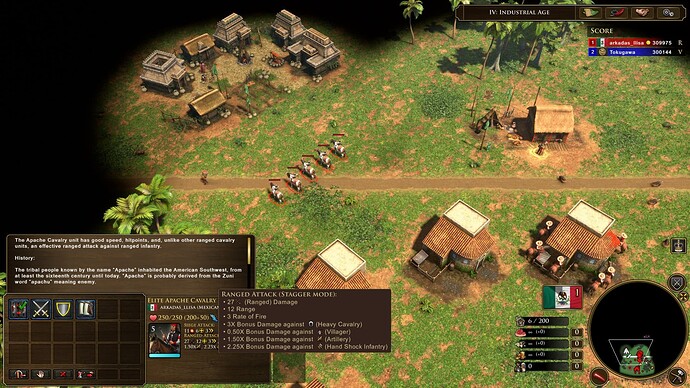 before creating any unit

The short description of the unit it’s correct, the problem is on the extended info panel. And no, you don’t want so much info on a unit creation tooltip because that would clutter the screen, at least IMHO.

That’s the point, correct the game. I overlook some things (like cuirassier saying that are the heaviest cavalry, there’re the mahouts) but I would report functional things like this that clearly mess up the role of the unit.

IMHO, a begginer would find easier a description than raw numbers at first glance when learning the game.

u are preferring description instead of real numbers. well ok.

No, I didn’t say that. That’s why there’s down there all the statics to have a deeper look for the exact stats.

By my side, I end this discussion here.

lol. "a begginer would find easier a description than raw numbers at first glance when learning the game. "

I didn’t know why I marked that as fixed, it isn’t.

by the update 50830, the wrong description still there. edit: fixed