Are China mains just quiting now or moving to Mongols

Just wondering. I like to play China myself but now I am forced to switch.
I like French also but there knight to easy to counter and the rest of the Civ is trash.

Guess its Mongols or Delhi or have fun auto losing.

Man witch these devs got a clue how to balance. Cant they call Blizzard now or something?

If you spent as much time learning to play as you do spamming the forums, maybe you’d learn more than 1 strategy with China…

I heard many rivers are flooding xD

MAH SIEGE. I AM BLIND. CANT SEE OTHER UNITS. ONLY SIGE. ME CHINA MAIN.

Why is everyone so mean to the OP.
China is one of my fav civs, I like the siege focus but the siege overall needed a nerf. I hope another buff comes around to compensate the civ, maybe early hand-cannoneers in castle age as its fitting the civ’s history and identity.

Chinobombardios shouldn’t flee to the Golden Ghorde when the Delhimain Salt’n’t is always accepting new members. Even if they nerfed Elephantlandia, I’d still suggest the change.

I would rather wait for another new patch. I can understand nurfing siege but forbidding supervise on Clocktower is totally UNACCEPTABLE. Relics should withdraw this modification.

Thought you already left the game months ago, as you said it like ten times already.

I like French also but there knight to easy to counter and the rest of the Civ is trash.

If you said it yourself “the rest is trash”, doesn’t it justify the nerf?

Anyway, other civ are great too, if you were a china main, and you like the concept of

Other civs are more fun and better than you might have thought, just try it out.

Also, there are still a lot of play for china, I always go fast castle and timing push when playing china, I think it is very devastating cause of the boost military production and upgrade make you have number and advanced techs over the enemy for like 1-2 mins. 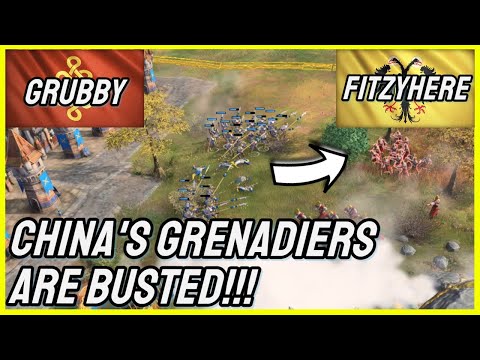 It has dude… At least on steam 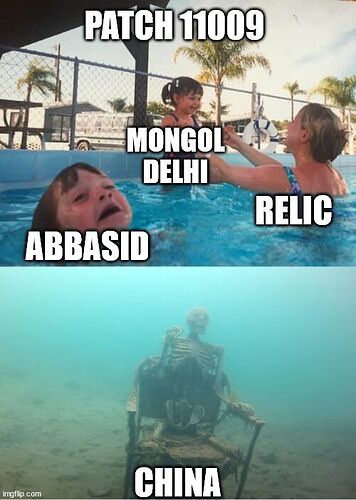 Good response , the dude is disrespectful as hell , I even destroyed his thread and he doesn’t want to response .

How do you find out the ELO of a poster on forums?

While I can hear many now saying “well he only knew how to do siege deathball”. Which actually isn’t true at all.

Since the patch that nerffed FL / Pro scouts I switched from fast castle pro scout FL rush to fast castle lancer / PG aggression with pro scouts (2 scouts only) and wheelbarrow.

What I learned from my castle aggro games that it would never work well against opponent thats around 1500-1900 elo because they would know properly how to defend against it and reacted properly and never let me get free massacre of villagers. But below that I just slaughtered 5-10 villagers with first few lancers and when they got spears I went with PG to finish them off.

Aggro castle was also my way to counter early rushes in 2v2.

While these strategies were not really nerffed (aggro castle), but its a heavy commitment and there is nothing to fall back if it fails. Before patch if I failed I could always go for extra TC’s and Song and aim for imperial power, this power is now gone and it always had a risk that i didn’t have enough time to do so.

But my quitting isn’t exactly about the nerfs / buffs etc. I can accept the global nerf and even targeted china nerfs if they were actually something that was needed. While siege needed adjustments and maybe clockwork alongside, but it also meant that China needed something else and buff in other areas. This was completely neglected by developers and it wasn’t taken into consideration at all which results china going for the worst civ in history of AOE4 ever title. Also they went ahead and buffed one of the strongest civs in game (delhi) which gives clear indication that they’ve no idea what to do

So out of how developers handled this. I dont see any reason to put faith in them and believe they wouldn’t do same screw up over again.

Then the fact that there is few very annoying bugs plaguing china and they been known for ages and yet only bug they managed to fix was the one that was slightly beneficial to chinese player and not the ones that were harmful and annoying.

I have not cried about single bug in game nor chinese bugs and patiently waited fixes, but with this they clearly have no intentions of fixing their game in reasonable timeframe.