But also, penguin riding a polar bear is something I didn’t know I needed.

Didnt you? It was in my priority list since I played Pingo Pingo 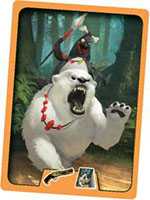 They have same DPS as CA but have 50% more overall cost. So dps:cost ratio is an issue.

but what value do you put on higher survival? DPS alone isn’t everything.

The crossbowman change is good but arbalest did not need any change.

Sicilians did not need a nerf. Their late game is pretty mediocre lacking hussar, gunpowder and good arbs amd their cavalier lost cost effectively to halbs. It wasnt a problem.

I think the devs are acting on some feedback from a few patches ago when hauberk was new and people didnt know how to deal with sicilans so they felt OP. But as time goes on, they get figured out and are not actually OP

From Ornlu’s video - Bengalis have now converted to Orthodoxy.
I think they should have Madrasah instead to represent better history. 11

Sure, but I would say the consideration of longevity should also be included, not just naive dps:cost ratios - after all

but what value do you put on higher survival? DPS alone isn’t everything.

There are a lot of variables to consider actually. Cost, wood vs food value, training time, speed, and so on.

2 PA is not low at all. They are known for destroying foot archer after all.

From Ornlu’s video - Bengalis have now converted to Orthodoxy.
I think they should have Madrasah instead to represent better history. 11

I know, Bengalis are a Elephant and Naval civilization, the buffs should be in line with that
That bonus make more sense for the Burmese which actually were forgot from the need buff asap list
.
What do you think about Ornlu video of the the PUP? He checked the EW mode and now you start in Feudal age with the initial bonuses of +resources and +vills

What do you think about Ornlu video of the the PUP?

I disagreed with Burgandians. He thinks the nerf is okay but I think it is not enough at all.

I checked that as well. This is also good change. This has been made since Red Bull Wololo is coming soon. Civs like Lithuanians and Ethiopians were dead in EW otherwise.

No, they only partially fixed it. I have reported an existing problem.

This is why I reserved some room to be skeptical of them actually fixing it without breaking something else. It’s been basically the same issue every patch, they just reshuffle the part that’s broken to somewhere else and call it a “fix”. Fingers crossed for them possibly fixing this when the actual update rolls out, but it’s hard to be optimistic when it’s taken so long to do anything, and the last several updates have claimed to be comprehensive fixes, but have mostly broken other aspects of the same feature.

At this point it’s almost impressive how many times they can claim to fix the same issue while finding a way to break a different part of it.

The reason some people are having huge download sizes is because most of the game’s graphics will be replaced with a more modern efficient format.

Oh no, really? That’s concerning. They did that to AoE1 and now it’s impossible to mod the graphics because no modder has a way to get around the compression they added.

Which Discord? Could you post a link to it?

Some in Siege Engineers discord and some of it in SLX Studio discord.

But yes, its true. Now modders wont be able to edit new files for the time being. But old formats will still work for mods. The problem is just that there wont be a way to convert the new format to an editable format. Unless someone makes a community tool I guess.

Does the archer line nerf impact more weak civs? It may implie that a civ with bad eco cannot afford techs at the age up…

Also I feel it affects a lot the civs with bonuses for quick age up (Italians, Malay, and especially Byzantines) which exploited more a fast archer upgrade.

Almost 15 civs got nerf for only 3-4 civs. Kinda deserving as xbow upgrade was too cheap for its value. But now those 15 civs need some buff on their area. Either archer or pike or infantry. For example Incas is already non-existent in TTL. After this nerf, picking Bengalis is probably more justified than picking Incas.

Sicilians is dead. Next big tournament no Incas and Sicilians will be picked.

also the only person saying mayans, ethiopians, etc got stronger after this.

what exactly are these percentages that you’ve mentioned?

Well, it might take another 3-4 months to actually see but no, they’re not going to be. I mean you can make them for the sake of trying them out but it won’t be a regular unit.

Maybe, but in reality we weren’t only countering EA with skirms. Their low dps and high cost still makes them susceptible to siege and knights(cavalry in general, hussars), nevermind camels or even halbs

So glad you pointed this out. Now there’s going to be plenty of them commenting that for “equal resources EA wins this unit, that unit” and so on, without understanding cost, conversion vulnerability and the lack of being able to run away from unfavorable fights.

I’m hoping I’m wrong and that 10f is enough. Still going to try it

Ya u can definitely mix in a few units here and there but don’t think it will be a viable option.

Just checked Bengalis get 2 extra villagers at start in EW. As expected unlike Mayans or Chinese, no resource penalty

Probably if there’s a water map in RBW, we might see a few drafts with Bengalis then.

Just think about what would the remaining stuck up Paladin be doing to your base in an actual game. This is the problem with these sort of weird isolated tests for slow ranged units vs melee units. Once players figure out that they just don’t kill nor die soon, they’ll just engage a few Paladin and siege down ur base and raid with the rest. In the event where your base is protected, about 30-40 elite skirms of the Paladin player will be firing from behind.
Glad that others have pointed this out.

what exactly are these percentages that you’ve mentioned?

Percentage of how much more skirmishers javelin EA can take compared to before. Check out my previous comment.

I mean you can make them for the sake of trying them out but it won’t be a regular unit.

After the archer nerf, this EA should be their go to unit. Will that work? I guess not but not as bad as to be 40% win rate. I’m hoping a 2% improvement.

Probably if there’s a water map in RBW, we might see a few drafts with Bengalis then.

If there is some closed map, we may also see them. Although EW demands open map for the setting.

nice, a small buff for saracen and civs with guilds.

how an UT kill a civilization bonus 11

I’ve been wondering about this one, and I think that’s the problem with using a percentage bonus on such a wide variety of units

On siege it was OP, on cav it is super strong, on archers it’s useful but situational and on infantry it’s next to useless

I’m wondering if they change it from a % to an actual number.

Maybe something like this: units take less bonus dmg per age -1/-2/-3. It makes their archers slightly stronger, but still just as bad Vs power units, nerfs their cavalry a lot. But this gives room to buff the civ elsewhere and give them more flavour than “spam more knights”

Sicilians nerf is great but not enough imo

I don’t think Sicilians are that oppressive, I think it’s more that it’s difficult to come back against them if they get ahead, since usually you can use counter units to even the odds against other civs.

And it’s more the negative experience it creates as opposed to actually being that strong. Nevermind the civ is just a boring knight spam fest now

There’s such a thing as pop efficiency. Nevermind that if you can actually match the cavaliers with enough halbs (if your civ even has halbs) you can neither force a fight nor do much damage to the Sicilian themself because your pop is tied up. And this is more pertinent to cases where the Sicilians are ahead. It just broadens the gap unnecessarily when there could be many other alternatives to making huskarl-cataphracts

11 at Sicilians nerf.
So now basically with more expensive xbows/arb upgrade, they are even more shoehorned into all-in knights fest which is still their more powerful option, maybe now their ONLY really viable option.
A very bad move imho, it’s like nerfing Britons archer creation speed and suddenly expect them to use champions as their gold units. Meh

Sample size is 74, not too small. I think this is what hold devs back to give them a proper buff for Arabia.

But then again they buff them on such a unit that is known for Arena clowning.