The changes that I found so far: 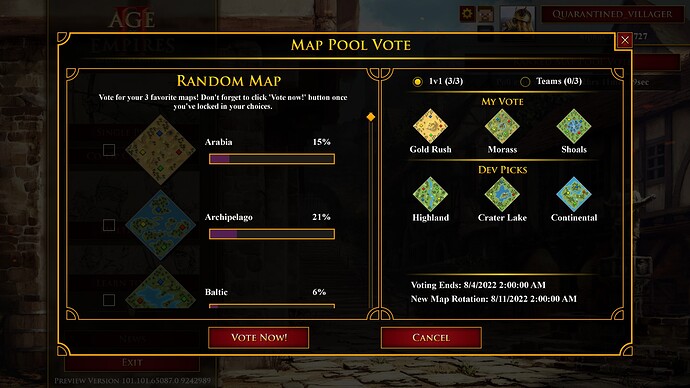 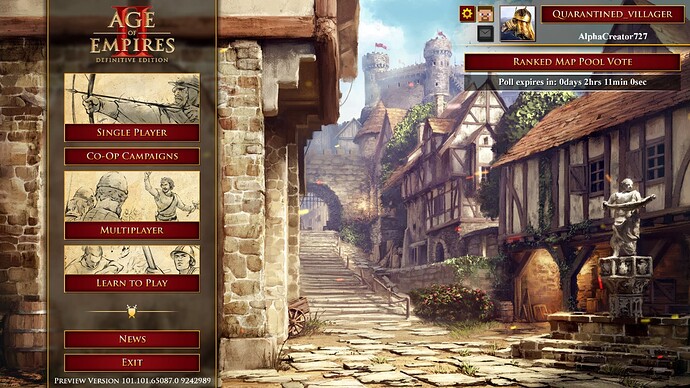 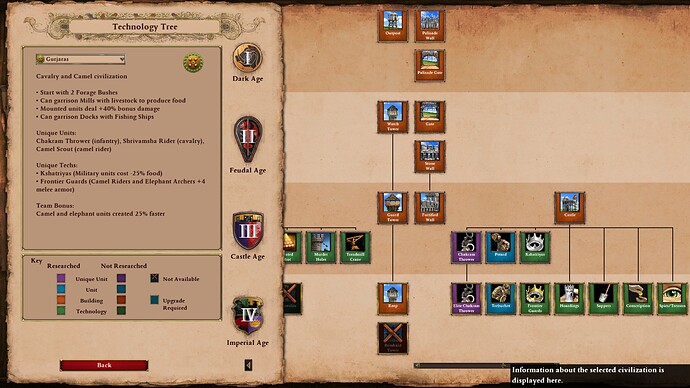 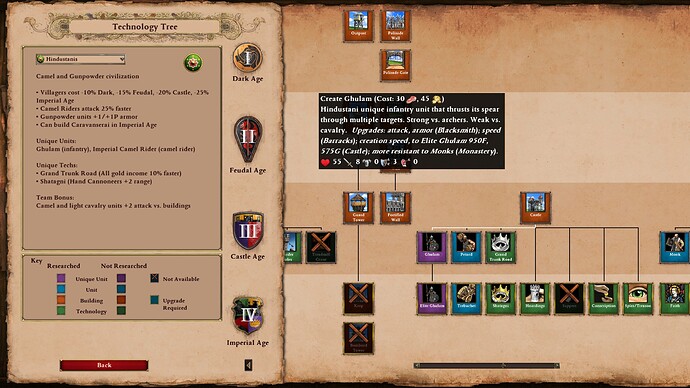 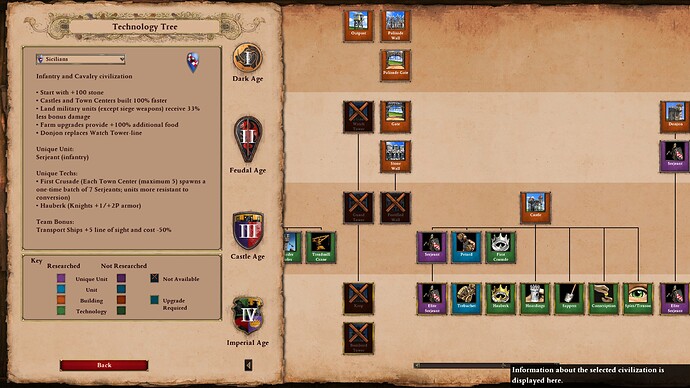 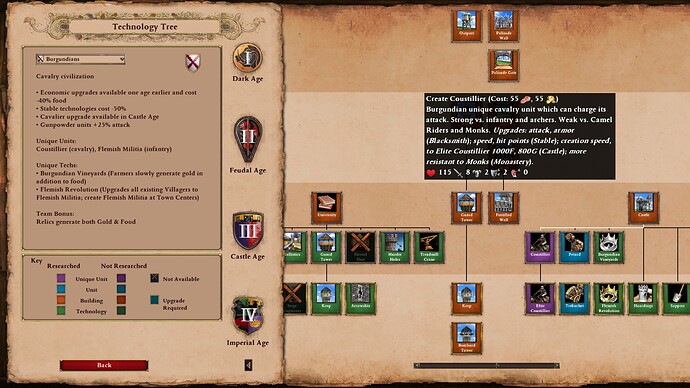 NICE!!
Any changes to Bengalis, Dravidians, old civs?
Have you check the coustilier?

Bengalis and Dravidians seem no changes

…what…not even in the Tech tree?

If they didn’t even try to fix those civs, no way they touched the Editor bugs. Big Rip

…what…not even in the Tech tree?

Check my comment above.
Dravidians is almost there. Bengalis is as bad as before in Arabia. Can be a top 10 Arena civ though.

Laughable nerfs for gurjaras, hindustanis and burgundians, the nerf on sicilians is actually bigger and it isn’t like the civ is broken at any level.

Ah. Definitely the most essential single tech they could have given, but I was hoping for this + at least 1 of the other 3 (Bloodlines, Husbandry, or Siege Engineers). Ugh, like that’s good enough for me to not totally give up on Dravidians, but probably not good enough to make them well below average.

Laughable nerfs for gurjaras, hindustanis and burgundians, the nerf on sicilians is actually bigger and it isn’t like the civ is broken at any level.

The bonus damage resistance was arguably a bit too strong in some cases, but yeah, it’s kind of hilarious to me they nerfed Sicilians more than Gurjaras.

Laughable nerfs for gurjaras and burgundians

To find most of the balance changes (except tech tree ones) do the following:

You will the see every change which causes textual changes.

I would have done it myself but I have to go to work now.

I really wish Gurjaras would receive some buffs that make Prithviraj 5 less hard.

That’s the last Indian Campaign missing for me to complete.

Surely Burgandians will suffer a lot from this 207 food loss, right?

Surely Burgandians will suffer a lot from this 207 food loss, right?

Surely Gurjaras will suffer a lot from eating TCs in 2 seconds more, right?

Is the Spanish TC on Nomad still built faster?
Any change for eagles? Nerfing Ghilman HP but not touching eagles food cost is stupid.

I think I need to buy Aoe4 and start playing and watching it. Maybe even Aoe3.
I know I’ll sound stupid but MS is intentionally destroying this game so that players are forced to move to their new game.

World’s Edge is not destroying this game, not even trying to force anyone to like another title. We’ve been through this lack of big updates before for a few months just to get a big one in sequence. there’s no need for this kind of - I’d say nonsense - conspiracy theory

That’s pretty obviously not true. They’ve committed to monthly updates throughout 2023 and have teased new DLC.

I know I’ll sound stupid but MS is intentionally destroying this game so that players are forced to move to their new game.

Eh, with regards to some aspects of the game, I’ve already been at the point of having to question either their priorities or their competence (or both) for several months now. I’d much prefer to be more positive, but I can’t pull positivity out of my derrière indefinitely when they have yet to deliver on essential fixes for many moons.

Committing to do vague things in the future is nice. Fixing obvious and specific things now is far better. If they finally fix the Editor this month, it’ll be a lot easier for me to be optimistic in spite of what appears to be a very lame attempt at balancing, but we’ll see what happens.

Either way, at least some things are moving (slightly) in the right direction, so I guess I can appreciate that for what its worth.