I originaly installed the game in English. Then, I changed it to German (to train a second language). That’s when I started noticing that the in-game avatar (that unlocks after 10 victories or 25 games, for example), stopped updating. I do get the steam achievements, but I do not unlock the in game avatars.

I have two friends that did the same, but theirs unlock normally.

I do NOT have any mods on. I installed a main menu night theme for some games, a cosmetic mod for another ones, but the vast marjority of games were played with no in-game cheat mod (not even small trees or such).

It would be super if you could add a tracking to this feature. I’m reaching 100 victories with Goth, I certainly won more then 30. I’m affraid all that struggle went to wast. If there was a tracking, I would know when it stopped. 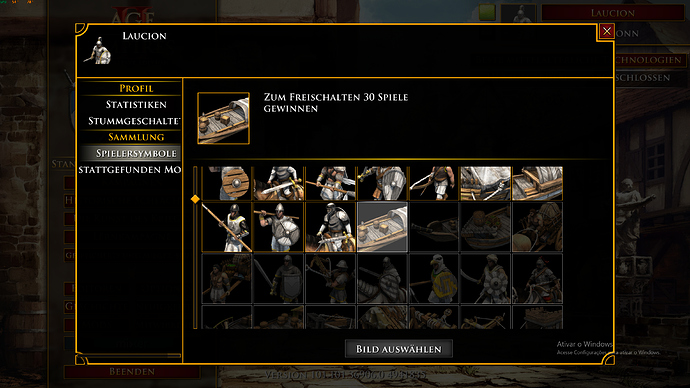