But no bonus damage vs them. As they are already a slow unit, you wouldn’t use monk for them but in the case that a eagle + monks push is happening and you have almost no counter, you could at least have one. (Knights fail, archers fail, siege fails if not defended as eagles have bonus vs them). It just changes a bit the strat monks + eagle (only heavy on 1 resources) strat.

Won’t do anything. You don’t really use them against monk play any way. And if your opponent can afford monks + eagles you should be able to afford something close

For balance reasons I still say spear line should get bigger bonuses vs eagles.

@MatCauthon3 you were saying if militia line was any better it would need a trash counter… So hows them eagles looking man?

@MatCauthon3 you were saying if militia line was any better it would need a trash counter… So hows them eagles looking man?

no, i said if they were strong enough to compete with knights and archers they would need a trash counter. which is true, especially given their insanely low gold cost.

I need 20 characters to say no against this suggestion.

Man at arms effectively counter eagles, the decision was probaly that eagle costs very much gold while militia line very low so only one heavy resource is gonna counter it (food) but the problem are still the monks that can convert your army and quite fast in DE.
as they are slower than knights. The better strat would be some archers for monk and man at arms. But here i have units that are also dependend on another resource (wood) and I need more upgrades to pull it off (behind in eco) - crossbow, longsword, all the blacksmith upgrades, possibly ballistics which is huge. While the enemy has to do

1)monk, maybe one or two monk tech (gold only)

Lets say my army wins, my composition is simply nullified by a castle or even towers behind walls. Archer could deal damage but they are countered by eagles so you would need to move at man at arm pace.

And because the enemy had only to use 1 heavy resource, he can get sieges (which would counter my composition from behind a wall or directly in the fight against eagles)

Now you would say, why doesn’t this happen in game always then? Because it requires very good/perfect Macro to pull it off. And you should be the civ that is agressive. 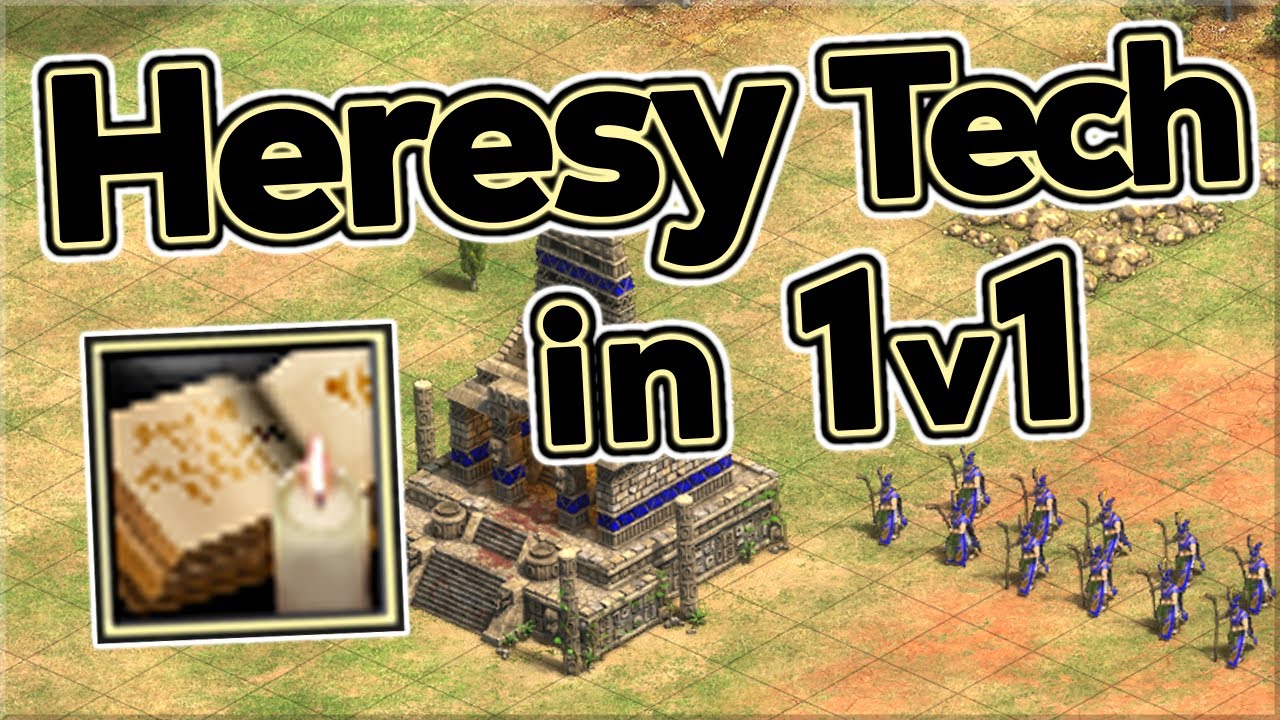 And what does it costs? 1k gold. And it is not that it prevents conversion, it is that you lose you unit but the enemy doesn’t get it. And again, i have to spend another chunk of eco in this heavy resource tech (10 monks or 20 eagles would give to the enemy or IMP) as i already have to invest in another area to at least defend (food or wood for knights/militia/archer)

And what does it costs? 1k gold

How much 10 monks cost already?

Which is countering the whole point of making monks. If you have monks, you want to get their units, otherwise if it’s just to kill them then just make units that counter them. In this particular game’s case, Nili would have been better of with archers or jags rather than monks.

to invest in another area to at least defend

Look at red’s base, he just walled with buildings like anyone who is above 600 ELO knows to do.

Wouldn’t Light Cav/Knight be the counter? Theoretically that’s a more mobile army, which means the micro intensity would he on him. So you should be able to snipe monks with LC while holding back your knights for eco defense against the eagles.

I wouldn’t think that upgrading the sword line is the ideal plan anyway in early castle. Unless your already invested in infantry.

Yes light cav and knight can be used but as he has already techs for infantry and barracks for eagles, pikes will come so it isn’t suggested. Also good luck maintaining knight and light cav production (extreme food consuption) and once he gets imp, gg

Wouldn’t making pikes increase their own food needs, and thus mess with the plan of going gold heavy units? (on top of burdening him with units that are useless in raids)

No as he will go them anyway (gold heavy), the pikes are there to defend monks and they costs basically nothing as he has already all the required buildings and ugpgrades. He will be a little late for imp but not as late as you with your light cav + knight combo