DESCRIBE THE ISSUE IN DETAIL (below). LIMIT TO ONE BUG PER THREAD.
Some triggers are no longer working in RMS. The ones I’ve noticed specifically are “Player : SetAge” and “Set Tech Status” triggers no longer function in RMS - however it seems they function in the scenario editor.

This patch has rendered my Empire Wars custom map useless and I was very excited to add USA.

I’m worried that if these issues don’t get fixed then triggers used in maps like orinoco/arctic territories and regicide - honshu might also become dysfunctional.

On this map, players are supposed to begin in age 2 and already have certain techs activated such as hunting dogs or certain age up bonuses, etc

As you can see in this picture I amd beginning in age 1 and I’m lacking the market techs hunting dogs and gangsaw. These techs are all supposed to be activated and this worked last patch (I can provide links to streams and videos of this map being played on in a tournament if need be). 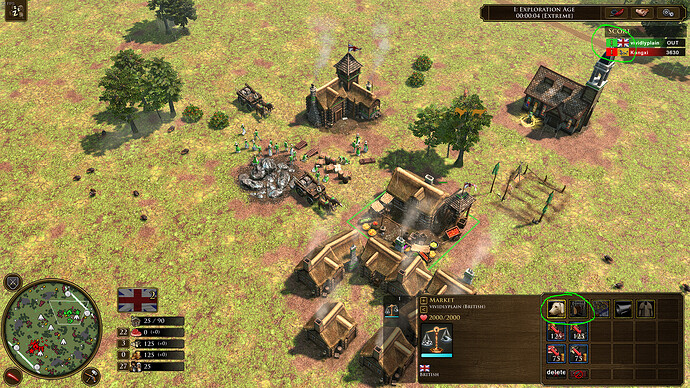