((Hey, I wanted to report a player who cheats. Since the Agecommunity.com forum doesn’t work I did’t know where to post it and actually It might be a bug exploited by the cheater.

his ESO account is “shpe”. I first played against him the 2020/03/09 at 7:53 PM.
I kept on killing his army and villagers but his points kept on rising.
He was able to train units such as falconets without having an artillery foundery.
Notice how he trained 42 falconets while he mined 6000+ gold the whole game.
I was getting crazy because I prevented all the mines from getting taken by him and also he had no plantation. 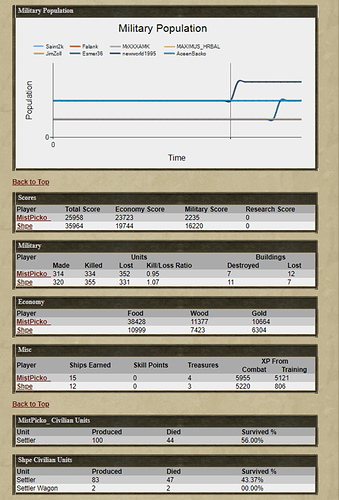 Also you can notice the weird military populatoin, Beside It is a 1vs1 there are more than 8 players reported. It’s like he has 8 players playing with him and can get as many shipments as he wants.

Today I played against him once again,
you can get the report of the game via this link

Now same things happened. aged very fast colonial and aged even faster the fortress age while having economy and shipments to mass produce
Economy skyrocketing despite having lost a lot of villagers.
He even produced 6 coureurs des bois while he plays spanish.

Now I hope you can do what is required to ban him or at least tell me where I can report him properly so that he can be sanctionned. 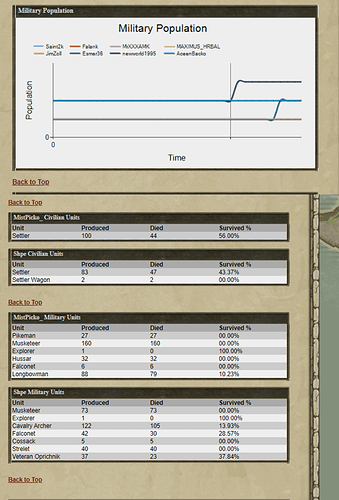 Hi @BossThrower6489, Do not report players on the forums per the forum code of conduct.

Call out other players in threads. If you have an issue, take it to PMs or contact us directly at aoecommunity@microsoft.com.