In Single Player, I completed the 99/99 villager challenge at least a day or two ago (think it was yesterday), but when I view the Main Menu, it says, “0/99” villagers trained, as seen here

Additionally (in the same vein), I just successfully completed the “Build 20 Wall Sections” challenge 15 mins ago, and I got the notice saying I did so right after the game concluded; however, on the next screen there was a little message in the far upper-right corner that said “19/20 Wall Sections” – as if I didn’t construct enough. (It might’ve been the statistics screen it popped up on? Sorry, I clicked by too fast to remember or snap a screenshot.) Seeing that 19/20 is what prompted me to double-check the main menu to see if all values there were accurate, and it’s when I saw 0/99 villagers.

In general, it seems the number isn’t being calculated correctly everywhere that they should; or systems are not communicating with each as well as they should.

Says the same thing no matter if I’m logged into XBox Live or not.

PS: Aside from the checkmark in the checklist in the above screenshot, here’s even a screenshot showing “proof” (I know it’s not proof in your eyes, but you must believe me :)) that I got the complex strategies benefit after making 99/99 villagers: 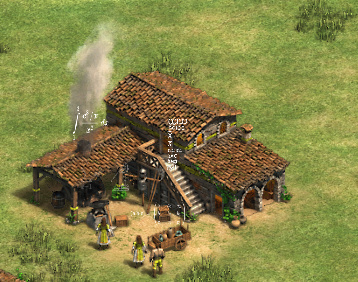 Note: I saw this issue here which might be ‘similar’ from a dev standpoint – May-Hem Multiplayer Reward Issue – but it’s not nearly the same issue from a player or bug tracking perspective.