No idea. Title of the game was FFA so seven players are not teamed and one player (in true public game fashion) stayed teamed anyway. The game never actually started. 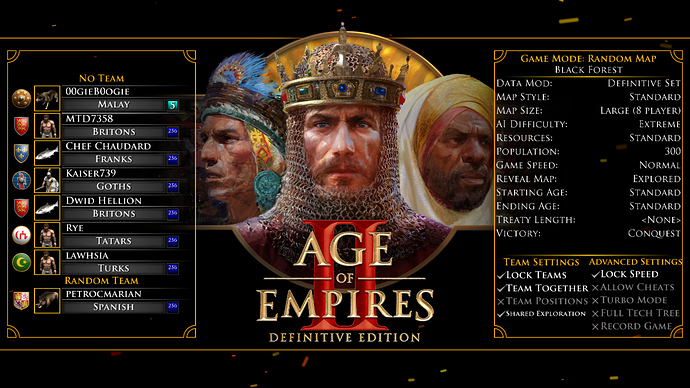 I got ot the same issue almost a year later in ranked queue. All but one player had color Blue/256. The timer went all down to 0 before (which might be random), but then this loading screen showed up, and after minutes the game had not finished loading: 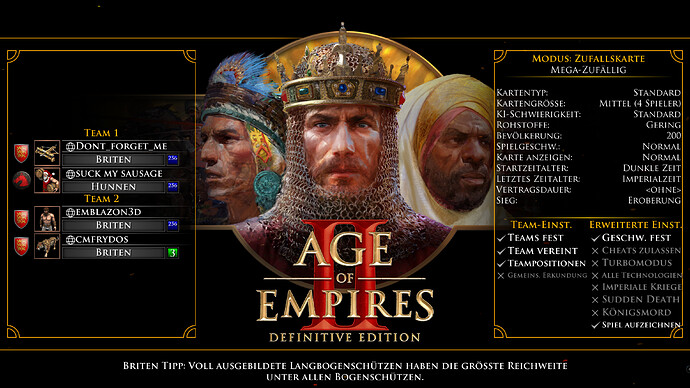 I quit the game via taskmanager, and that counted as a loss. (-MMR)