Building and resources hitboxes makes difficult to move units around

It looks like the hitbox of buildings and resources sometimes makes the game misunderstood where the player is clicking on, if in the building or resource, or in the ground.
As exemplified on this screenshot, I was trying to move my priests to the local pointed by the cursor (the green triangle I placed, as the cursor was removed when the shot was taken), but the game was interpreting my command as if I where ordering them to convert the academy right below.
This happens constantly, making it difficult to give precise moving orders to the units during a battle.
It also happens with villagers, when the player tries to move them to a point in the map close to a resource or building place.

Try to move military units or priests to a spot with enemy buildings to close from each other, without the intention to attack or convert any of them, or to move a villager to a place close to a resource or building place. 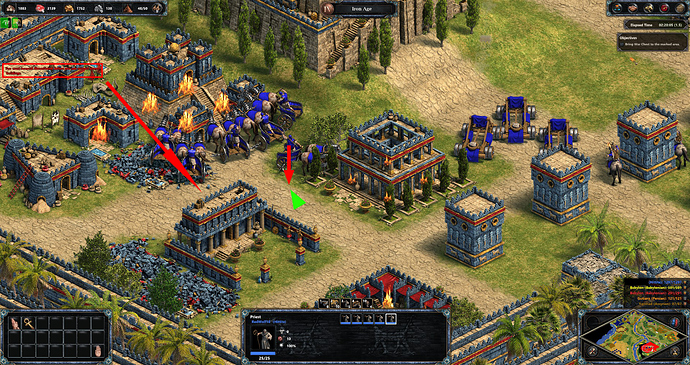 Thank you for the note! I’ve passed this information along to the team to see if any adjustments are in order! I appreciate the detail and information you provided.