Building site obstructed by unit attacking adjacent wall from the other side, possibly caused by a slope. 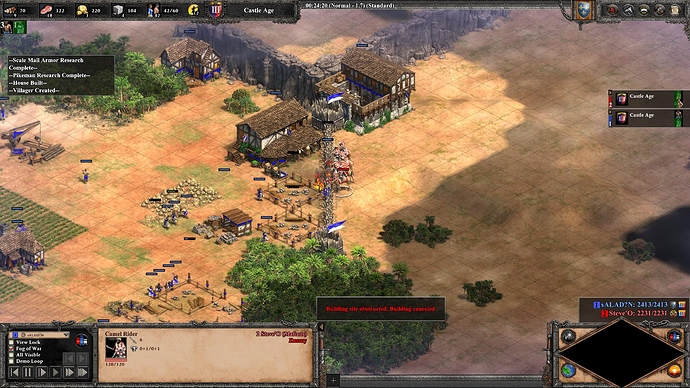 Happened to me twice where I believe was a flat surface

Its exactly that. it works with any unit btw and should be fixed