This behavior could be intentional, but it isn’t made clear to the player:
I was playing this mission in particular as “normal”: I defended myself until i could make an army and the first player i chose to attack was player 3\Green. I pretty much wiped them out and was in the process of fighting another player when Green finally resigned - and for some reason the wonder blew up and caused the game to fail which made me a little sad not gonna lie. 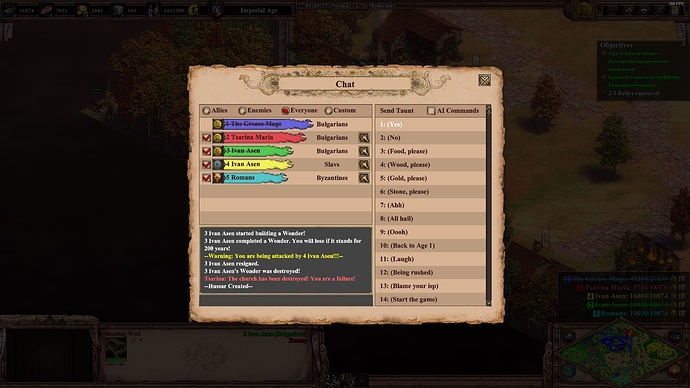 I finished the mission on moderate. On my Hard playthrough, the Wonder gets destroyed every time I take Green down.

I suspect it has to do with the Monument changing owners. When the Monument changes from you to the enemy, it sometimes changes to green even if green was not the one who captured it. When green is dead this somehow causes the Monument to be destroyed instead, losing the mission.