Burgundians research technology in feudal age. I think they should have a standard dark age. No bonuses there. Only when they reach the feudal age can they unlock the rest above their age. If not, Castle Age. They can get IMP eco tech in castle age might be better as a nerf.

They may need more nerfs, but this seems like a start.

When should they be able to research?

its pretty much their only eco bonus they have, so i think its fine. heck right now most people are saying its not really worth it to grab anything early except the wood upgrades (and maybe researching the farm upgrades on the way up). delaying those to castle age to research would completely trash the bonus.

I feel like it needs to be done. Too strong as a bonus for darkage. Particularly on closed maps like black forest or fortress.

too strong in dark age? you literally still have to pay for it, and for example celts get +15% wood cutting right off the bat for FREE.

Granted that’s a outline. But least, they don’t get other eco techs.

you literally don’t research the other techs because its just not worth it. really the only ones Burgundian should be researching early are the wood upgrades.

I feel like it needs to be done. Too strong as a bonus for darkage. Particularly on closed maps like black forest or fortress.

It’s not such a big bonus, because you have to pay the same amount of resources, you can just get them a bit earlier. Wheelbarrow, Gold Mining, Stone Mining, Caravan and Guilds upgrades usually aren’t worth researching early on anyway. So in practice, only woodcutting and farm upgrades really matter, and even then, only the first two ones are really important (Crop Rotation and Two-Man Saw are quite expensive for their effect, you’ll have better things to spend your resources on in Castle Age).

In Dark Age, you might get the woodcutting upgrade at most a few minutes earlier, which is equivalent to 1-2 extra woodcutting villagers during at most a few minutes. So this will give you perhaps 100 Wood. And it’s nice to research Horse Collar before your first farm. But I would hardly call either of those game-changing. Other dark age bonuses are way better. If you only research it while advancing to Feudal Age, we’re talking about just 130 seconds of in-game time.

Having Bow Saw and Heavy Plow in Feudal Age is also interesting. But you’ll also delay Castle Age for that, and having multiple TCs earlier is huge if you want to boom. Of course, you can research it while advancing, which is nice, but in the end, advancing to Castle Age takes 160 seconds, which isn’t that incredibly long either.

Long story short: it’s an eco bonus, but there are way better eco bonuses in the game. Bonuses that last throughout the game, like the Celts woodcutting bonus or the Slavs farming bonus, are intrinsically much better.

Tbh the dark age upgrades are mostly for taking horse collar/double bit axe after you clicked feudal. So for dark age this bonus ends up being Celt+Chinese bonus but only in a short period of time. Overall the bonus isn’t that bad, it’s a better idea than castle age cavalier and it’s probs more fitting in the game than Cuman feudal TC.

I think the eco bonus is even more on the weaker site of eco bonuses. No need to nerf it.
Burgundians honestly wouldn’t feel like a good civ if it wasn’t for their completely broken UU. Cavalier (=+2 attack on Knights) in Castle Age is nice, but not overwhleming and pretty much the only good thing they have up to this point. Then their early Paladin upgrade is a very strong power spike.
But I think even with that, if the UU was average, the civ would be nowhere near top tier.

Bieng able to research technologies in Dark Age isn’t as broken as it seems. Double bit axe and Horse collar cost a total of 175 Food, it is a lot of Food to invest while queuing villagers and saving for Feudal. It might be possible, but pulling it off would require a solid build ordrer at the risk of messing up the Age progression.

The new civs are broken due to their UT and UU. I find the rest of their bonuses pretty balanced. Well, maybe not sicilians (percents should be reworked)

Not as OP as it first sounded. But now it’s boring. Because paying the full cost of the techs greatly limits what you think you should get to the first two Mill and Lumber Camp upgrades. Perhaps the Burgundian discount should’ve been for their economy techs and not Stable techs! And if that would be OP, then, well, that reinforces the idea the Burgundians are a badly designed civ since their mechanics can only be overwhelming or underwhelming.

I think that it’s fine and balanced.
When you play burgundians you need to make the tradeoff of researching the techs really early but delaying your feudal time for that. And delaying Feudel is now even worse after the palisade dark age nerf. If your enemy play m@a and the burgundians choose to start an early boom it might just be gg at that point.
So the bonus gets better when the maps is easier to wall.
So yes its a strong bonus there. But the lack of bloodlines weakens their Paladins for Burgundians to much for late imp. So their time to strike is Mid Castle and Early Imp.

Burgundians are well balanced. Researching feudal upgrades in the dark age comes at the cost of having less resources for better eco in the long run, since you need to pay for those upgrades and they take some time before paying back. So you either delay your up time, or most likely you get those upgrades after clicking to feudal.

And basically only wood upgrades are worth grabbing earlier, maybe maybe the farm upgrade or gilnets too on some particular maps, but all the other aren’t worth it. 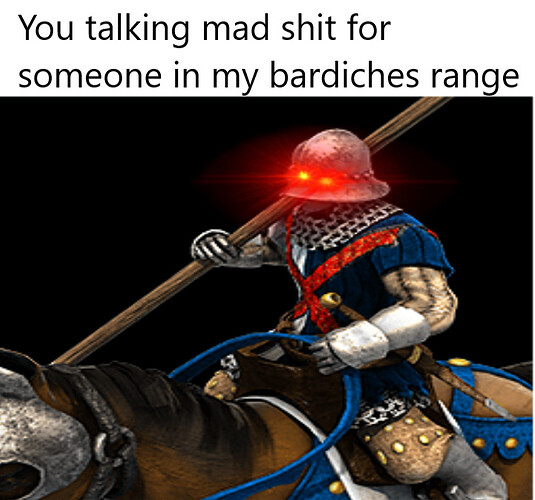