But what is about battle leftovers?

I’am just watching the 1 vs 1 matches on the AoE Youtube channel (https://www.youtube.com/c/ageofempires/videos) and I can’t wait to put my hands on this game.

But one thing I loved so much in AoK was the leftovers after a huge battle!!
First u got the fallen units, which slowly rotted to bones. Even after some minutes u saw the past battlefields (and remember, that there was a fight). And now the fallen unites are just gone after some seconds

If I could add something to the game, it would be leftovers which remains for multple minutes. There could be weapons, skeletons, destroyed siegunits, maybe some terrain changes and so much more. I love the feeling by changing the world by processing the game!

At this point: I love the new feeling of planting a building and the game add fields, ways and all this stuff. Thats great! It makes the game more alive. So would the leftovers do!!

Would be great to see this implemented!!

Would be great to see this implemented!!

Agree but many people mentioned before it’s the attempt to make the franchise more accessible to a wider audience. Whether that be geographically or a variety of ages.

Wish they incorporate it through a DLC.

They probably would not need to go that far, if the unit’s weapon and armor stay on the ground and craters caused by siege units as well it could easily show that a large battle happened there “ages” ago.

Agree but many people mentioned before it’s the attempt to make the franchise more accessible to a wider audience. Whether that be geographically or a variety of ages.

Yeah and kill all the fun for core audience where already enough people to maintain multiplayer.

I don’t understand why should I suffer from this. It’s parents responsibility to restrict kids from things they shouldn’t see.

But honestly it’s stupid to put away something that exist in real life even from kids. They can see blood in case of cuts.

Also playing a game where player kill somebody (from 1-person or 3-rd doesn’t matter) or using army like in AOE we can say that it’s already a bad action. So what now.

Oh yeas, this is something that I loved about aoe1 and 2 and really missed in aoe3.
It adds a level of drama and immersion, and it would look even better on this game with skeletons around the ruins of the buildings.

oh and todays logic: its normal to kill someone but not to look at blood

I don’t understand why should I suffer from this.

Simple: Most companies find appealing to the chinese market more important.
So no skeletons for you.

Indead, the reason for skeletons not being shown are the Chinese regulations. So they did this for the Chinese market.

To me that’s totally fine. Those guys should definitely be able to play. But Atleast allow others to include it separately via DLC. Unlike AOE3. Rather than relying on mods to add it in. I’m completely against the idea of relying on mods to introduce features, rather than change things.

Yup, it makes me sick in the stomach, on a few levels.

Its not that hard to just implement regional censorship.
They’ve done it with DOTA 2. 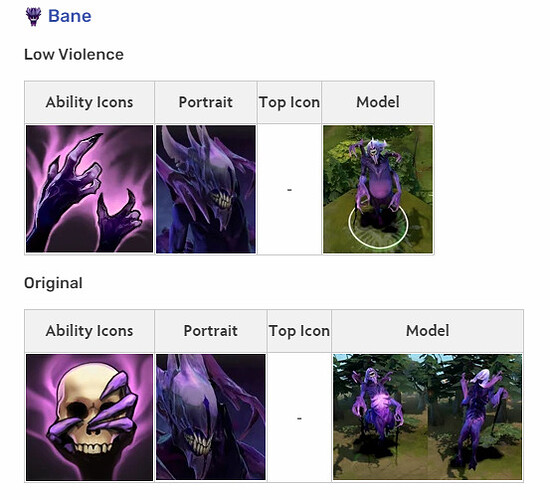 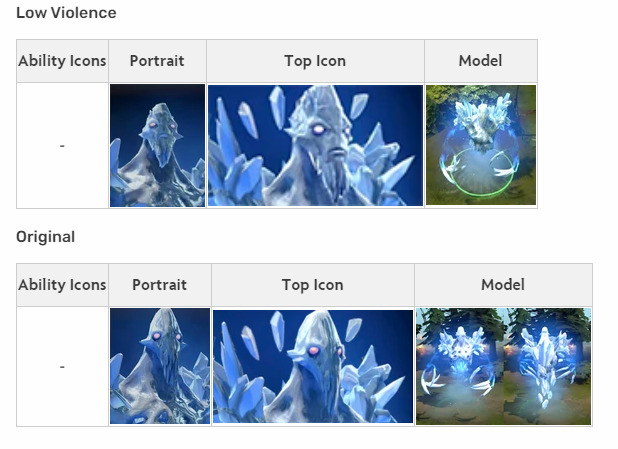 Its really easy to only implement this for certain regions.
Idk why we think this has to be something imposed on everyone.

Most companies find appealing to the chinese market more important.
So no skeletons for you.

Don’t blame China market for this non-blood version. Aoe4 is not formally issued in China. It is published on Steam, bypassing the censor. Blame the business decision that want the game become an all-age product.

That, and regional censorship exists for pretty much every game.
So idk why people are thinking there can only be one version.

Its really easy to only implement this for certain regions.
Idk why we think this has to be something imposed on everyone.

It’s simply cheaper. When you want to optimize and streamline a production to perfection, even such a tiny thing as to have a checkbox for blood and a few alternative icons/models/textures go to the chopping block. Corpo logic.

I don’t understand why should I suffer from this. It’s parents responsibility to restrict kids from things they shouldn’t see.

Haha, it’s 2021, m8. There’s no such thing as parental or personal responsibility.

There was a time when parental password protection (locks you out for certain content, e.g. nudity, blood and gore) was a thing in some games… guess that does not have the same effect on the age ratings systems as to cut the content completely (?)
Again, that would also cost a tiny amount of dev time…can’t have that. Cut that.

Nobody cares about such age restrictions in the west tbh, we all grew up watching horror movies as children. Something as mundane as overhead battlefield leftovers in a video game doesn’t phase anyone.

Yes. This is the funniest thing. No dead body v.s. explicit skinning sheep at the first second into game.

Nobody cares about such age restrictions in the west tbh, we all grew up watching horror movies as children

I wouldn’t look at this topic from a logical standpoint… you cannot argue logically against bureaucrats enforcing random age restriction, and certainly not against those chinese propaganda weirdos.
Better look at how the devs can navigate around it and get the most out of their game without having to adhere to that bs by cutting content.

Nobody cares about such age restrictions in the west tbh

Plenty of parents do. If it exceeds a certain age restriction they are less likely to buy it for their child.

For me there is No need For blood! I Just want some leftovers, Not bloodpuddles. Maybe the weapons, armores and stuff Like that. I Loved the atmosphere AoK gave me. The reminder, that there was a huge Battle.

But If i could Chose, i would Take the Version in which the dead Bodys slowley Turn to dust over maybe 10 Minutes.

In generel i Love Games where the world Changes over the Progress of playing. Like the dirt Tracks in the settlers, or the modyfier now in AoE4 after Building Something (the Gardens EG).

That could be an interesting compromise.

Personally I don’t really care either way, but I absolutely understand logically why they did not include blood/skeletons.