Whenever I’m playing with my friends one of us suddenly disconect from the game. When we try to restore the game, even if everybody has completed the file transfer, the game just won’t start. It says:

“the game countdown was canceled” 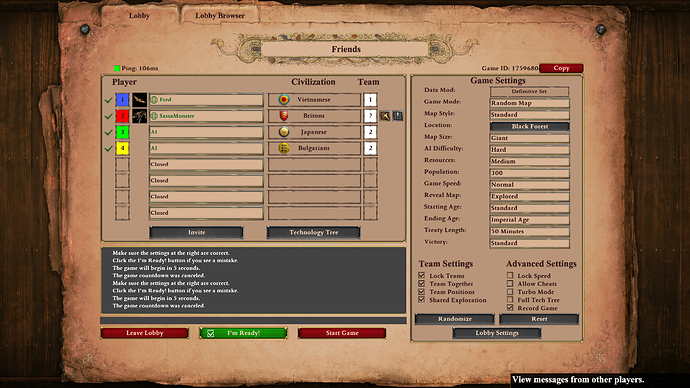 I have the same issue. I have tried many different permutations to try to fix the issue.
I also notice that the team shows “?” always after my team-mate connects back in (it is correct before). Also, the Civilization he or I are supposed to be playing as, often switches to something else.
Later when I attempt to create a brand new multi-player game, my game name is his game name (what the restore was), instead of my default.

I have never been able to restore a saved game. Please fix!!

PS - Sleepybasset – The transfer should auto occur when you accept. Look for a little blue line under your name in the list. It is very slow, can take 10 minutes or more.

MP Save cant load, Everyone Ready but it not start the game

So far no help, no fix, no nothing. In 1 out of every 10 attempts to restore a game we are lucky enough to be able to restart the game. However, when we randomly and luckily manage to restart a restored game, the AI won’t do anything.

It seems to be a problem on the MS servers, because when we are disconnected, it just disconnects from the game online service, and the internet, discord, everything else is still working perfectly. It’s been 20 years since the first release of this game, and it is still extremely hard to even finish a single match. It’s either a fix or a refund. We deserve at least a little respect.

Is there a fix for this yet. Had this problem intermittently with my mates. I dont know if it has anything to do with changing the save name file because it seems sometimes it works and other times it doesnt.

it’ll keep saying game is cancelled because file is different. maybe delete the file and manually copy and give it to your friend. or try renaming like you suggested

Same thing everyone else here has been reporting for the past month. Multi-hour save game is inaccessible. The other player downloads the file and joins the lobby, but their team number is a ? and the game refuses to start.

This is the fourth or fifth time this has happened; I have never been able to load a saved game, whether it was intentionally saved or saved due to a disconnect. Given that this “definitive” edition is like the fourth time I’ve bought this game, it doesn’t seem outrageous to expect basic functionality like being able to restore a saved game to work.

Try not selecting the color and opening all the slots

I have the same issue. I don’t see it in the bug list. Can this be added and fixed please??? 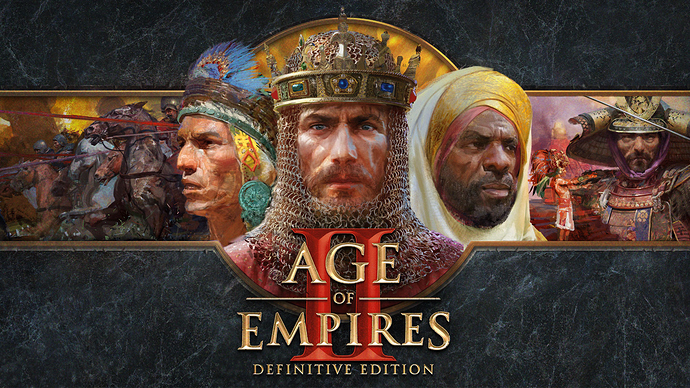 Below is a list of known issues we are tracking for Age of Empires II: Definitive Edition. Note that this is not a comprehensive list; we will continue to update it with new issues as they are reported and fixed, will only include the most...

I can tell the disconnection problem was kinda fixed. We hardly ever disconnect now. But if it happens, don’t waste time trying to restoring it. The AI (if you’re playing against it) will do nothing.

I have the same problem. I own AoEII:DE two times to be able to play with my son on two PCs. When I save multiplayer game (2players in one team vs. 2 AI players in another two teams … or any other combination) I’m not able to load it again anymore.
By one click in list of saves I can see information that everything is saved correctly (names, teams, civilizations). By creating lobby from that save I have ? mark on my name (instead team number and player number too) and I cannot click on that ? sign to change it. My son can load the file from me but nothing happens because of that “?”.
When I anyway hit the start both games (mine and son’s) crashes down (close down).
I’m desperate since we cannot play long games together. 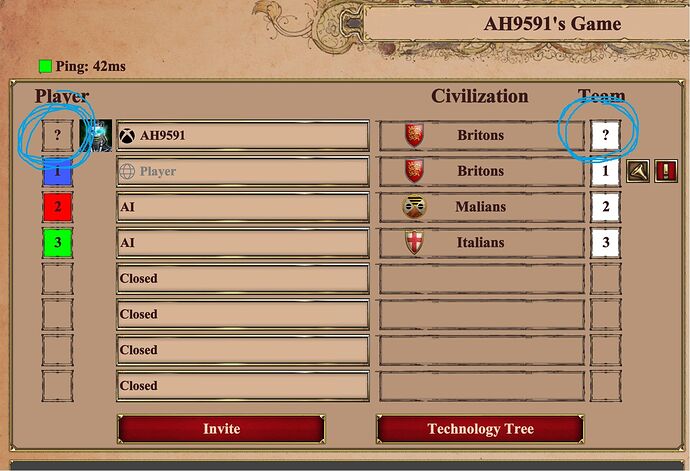