Would be interesting to have this comparison here as to what can be called cartoony and what realistic. 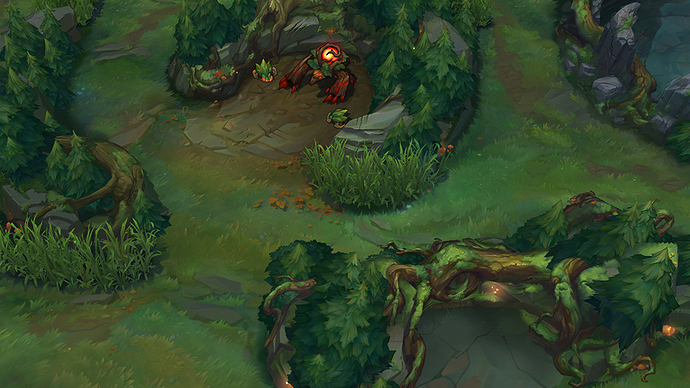 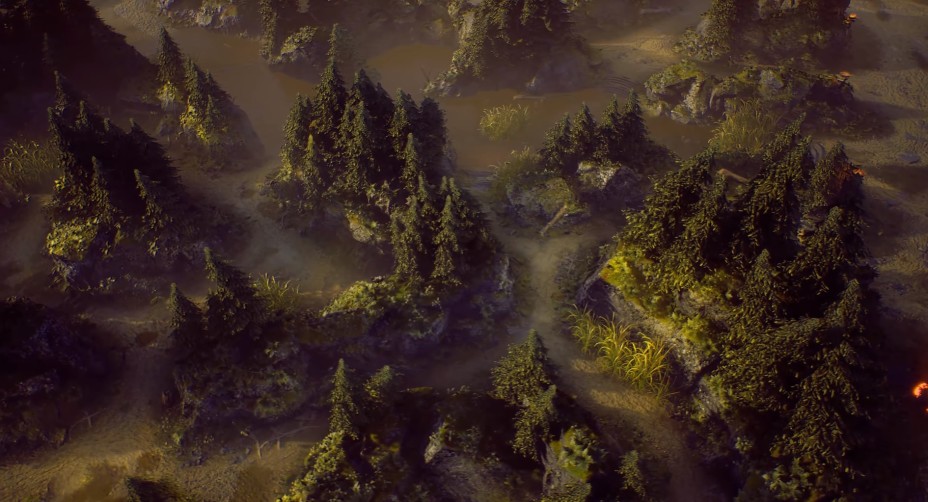 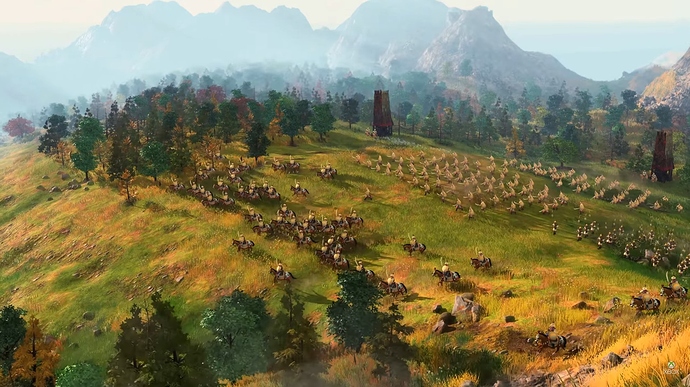 It looks gorgeous. Wow. However, I had to stare at that one still image for several seconds before deciding there probably weren’t any units in it.

And that’s one of the reasons late 90’s isometric RTS’s are usually so much better than early 2000’s full 3D RTS’s, they are much clearer. For me that’s the most important visual part of these games. I’ll happily play in an old school stretched out 320 x 200 resolution with 256 colors if I can see what’s going on. Especially since I can guarantee it will run smoothly.

For other genres like open world action (I’ve decided that’s what GTA-style games should be called because I don’t know a better term for them) eye candy is a bit more important to me, but for an RTS it’s a tertiary concern for me at best.