So i created a clan and wasn’t how I preferred so deleted it, and was going to make a new 1 and edit it and now it won’t now let me create 1 at all?

Do you get an error or you don’t see the option any more to create a clan? Also, was this on the web site or in game? 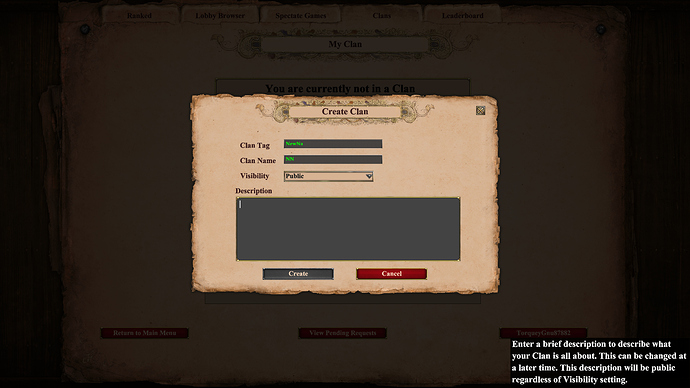 also won’t let me make it longer or anything

Clan name has to be at least 3 characters. I’ll let the game team know it should highlight it in red or something until it’s long enough so you’d know that.

To further clarify, if you mouse over the fields some descriptive text shows up in the lower right corner of your screen that describes limitations.

Ok nvm I guess i just did it wrong.