I just completed the Rus campaign after skipping the other campaigns. However, I didn’t get the achievement and unlocked the portrait after finishing a one hour campaign on Kazan. Please fix. Thanks.

Btw, even though I’m included in the Insider, the Insider portrait in game is locked.

Also if you reload anything from a save in campaigns, achievements don’t unlock.

I don’t know if that is the case with you. But in case the devs are looking, may be useful info.

This is definitely good for us to know. I’ve noticed a few reports mentioning saved missions being involved, so it would be good to know if this is from a previously saved one, or a mission started from scratch in one session.

Thinking back on it, I did a lot of reloads from a saved game on the final Rus mission. Thank you for noting this issue.

I have exactly the same problem: I went through a campaign for Rus, but the achievement was not given. I also reloaded the saves. It’s a shame.

It turns out that in order to get an achievement, you need to re-try the entire campaign without downloading saves?

I just retried the last mission from scratch and got the achievement and portrait. No need to retry the entire campaign imho.

Yes, I agree, it worked)

Well I wish I found this a bit earlier. Now that I know that I only have to finish the mission from start to end instead of raising every wall, every building, and harvesting every enemy sheep along with all their units

Thanks all for confirming. This is super useful information and I’ll share it with the team to help their investigation.

Same thing here for me, after completing the first campaign without problems, got the portrait, i jumped to the “Rise of Moscow” and after completing nothing unlocked, then i finished the “The Hundred Years War” and no portrait unlocked as well, did multiple saves during the campaigns. Playing through steam.

hi, this happens for all campaigns, if you play a saved game it prevents from giving you experience and and completion achievement. 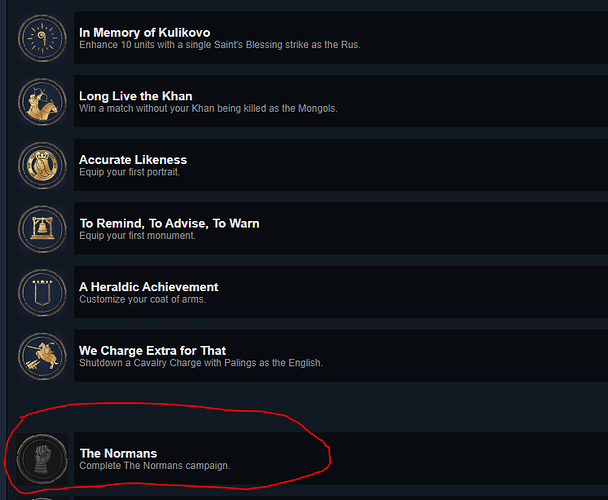 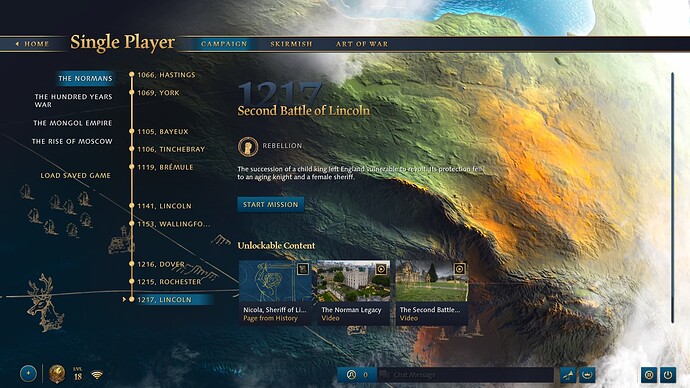 This still hasn’t been fix as far as I know. I just played it safe by playing the final Rus mission in one sitting and got the achievement + portrait.

I have the same issue, dropping it here so people know it’s still ongoing

definitely not trying to replay the campaigns just for the achievement, any chance the devs could figure out if someone has already completed them and give them out that way?