The game crashed once in treaty earlier but since then it has been occuring more! about 2-3 of 10 treaty matches that have many units and goes long enough, ends up as game crashed!
(Just to add a side note: this usually happens when I finally turn the tides and starts to win.)

Again it happned ! in supremacy! it lagged slighty and crashed 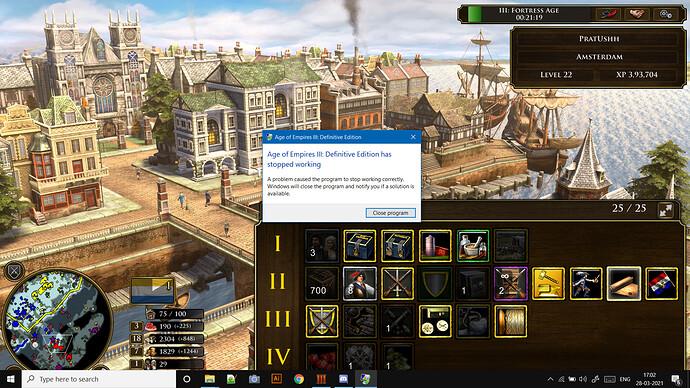 yeah there seems to be a issue with it since last patch having the same problems, just played a treaty game and crashed at 37mins and lost a load of rating and rank for it