Cross-Resources Custom Map (it's cool, not the snowy kind)

Hi to everyone, i want to share to you, my first definitive edition custom map, it’s quite interesting i think, it can be 2vs2(as intended) or if you want to try also free for all: 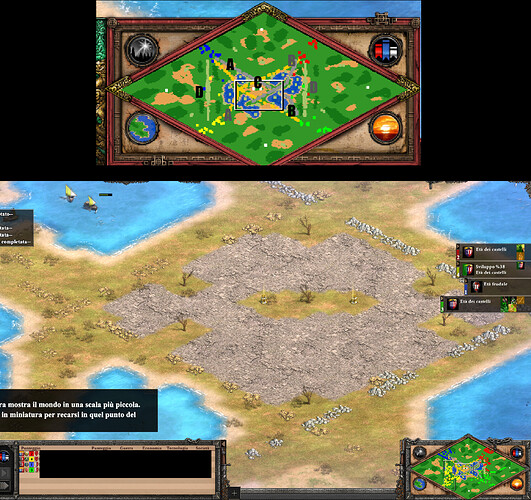 But let me just be the game designer here!
What make this map fun? This is what everyone have been wondering in the theater
Well it’s aggressive and also “territorial”, so you should not forget to castle’em/flush ahead of their resources.
Second: you need to move a lot your villagers. Some stretching it’s necessary to be able to flee from enemies army am i right?

So: it’s a map where there is a lot of potential hurries and dynamism (if that the correct word)
After i’ll go in a deeper and nerdy explanation eheh.
If you want to play it, just tell me if it possibile to link something or to share in a safe way, anyways you find me in the forum, or in game as “Hdrav”

those fancy letters… what’s the point right?
Well for everyone asking, NO there’s not too much gold or stone since all the gold and stone far from the center doesn’t start with maximum stock, but less then half… gold only 300/800

Now you can se the letters (that indicate key strategy points) form a star if you draw the lines, and that because it’s quite cool, well also because it just give the right distances and balance.
The grey letters are just to indicate that are the same type of strategy key point than the black counterparts.

D-POINT: (i don’t give a skirmisher of the alphabetic order)

B-POINT: (the opposite of A)

C-POINT: (the center of the map, the late game carnage)

Strong civs i think are:
Japanese: (in the start, in the A and B points can build the line of mill required to collect berries with a total of wood way cheaper, then they can even try to use their fishing ships)
Celts: strong castle and siege= you can’t take my land.
Mongols: always good to scout rush the mills or to spot sneaky moves by enemies
Berbers: for the speed of the villagers, that’s a lot useful when you need the wood and can’t afford to many mills (ok i got that it’s a forced choice but let’s show some love).

the rest is up to you who (the majority) can play way better than me, let me know what you think!