Dawn of the Dukes - What caught your interest?

You can pre order the expansion pack now. 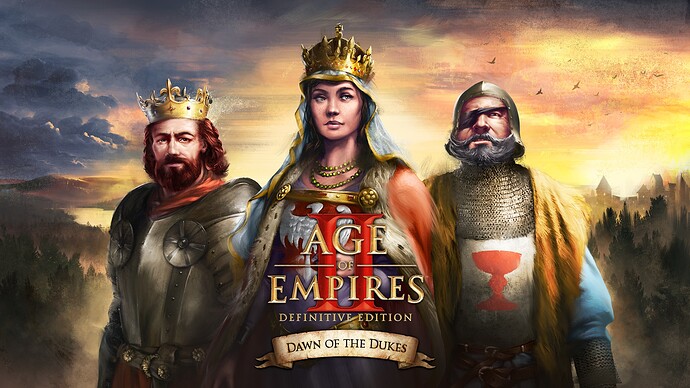 Dawn of the Dukes—the second expansion for Age of Empires II: Definitive Edition—is now available for pre-order or to add to your wishlist!

Only 5 days left. So you better hurry.
Really surprised not to see bonuses yet. Hopefully we will have more info tomorrow or later today. So far I’m happy with Poles share their Winged Hussar with Lithuanians and Folwarks mechanics just as most of us predicted. Not sure about Bohemians being a Monk & Gunpowder civ though. Both are unconventional units to play. Can’t wait to see how will they play early to mid game. About Hussite Wagon, this line caught my interest.

Hussite Wagons possess strong firepower and are exceptional at protecting the units positioned behind them.

Rams and mangonel can protect units behind them only from defensive structure. I think Hussite can protect against all ranged units.

To me the Bohemians seems really OP (at least in paper)

I think I will love the Bohemian deathball. Mostly because of the Houfnice

Pretty hard to assume without knowing the bonuses and tech tree honestly.

What caught my interest? Pretty much nothing. This DLC is pretty much underwhelming and not worth buying at all. I only hope that the new civs arent OP, but i havent read that part of the announcement.

All I hope is that the civs won’t be as underwhelming as the ones of the last DLC.

They are buffing liths with winged hussars, are they going to get a nerf to compensate that?

They are buffing liths with winged hussars, are they going to get a nerf to compensate that?

If they want Lithuanians to stay balanced, probably.

Perfect Mills. Best buff ever. Thing i dont like is Lechitic Legacy- It should be Sarmatian Legacy. Polish Nobles thougt their ancestor lived ancient Sarmatae.

True, looking so aesthetic. But nobody is going to use them if you can’t protect farms with Folwarks the same way as with Town Centers.

There is always way of protection:). Another thing is Battle of Grunwald. Biggest battle in the Mediaval Age.

There is always way of protection:). Another thing is Battle of Grunwald. Biggest battle in the Mediaval Age.

True, but not on a competitive level. Until the late game, players try to place farms around Town Centers for protection against raids.

I’d put money on them getting nerfed

This is true though.

They probably will until next patch comes out. Balancing 39 civs is a hard job after all.