Dear AOE4 devs...do not forget about the Diplomacy community

We know we’re quite small and quite rare, but we love playing AOE2 diplomacy in giant real world maps like Western Europe or East Asia, it is quite sad that AOE3DE has no diplomacy at all…

all I hope is AOE4 gets a Diplomacy option and a good Editor with lots of map sizes and options to exist in AOE4. 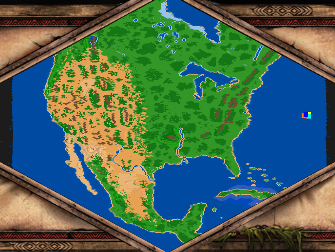 I haven’t played with open diplomacy in AoE2DE yet only in the old AoE2.
One of my main complaints was if two people are allied and one declares war on the other the other stays on ally and the units don’t defend themselves until the player also changes diplomacy, that can cost you vital seconds.

An advanced diplomacy that also allows for thing like treaties that force a player to pay resources would be really nice to have.
It would be nice to not just have Ally, Neutral and Hostile but instead allow some more setting like shared line of sight, maybe military units don’t attack each other but defensive buildings do so you can’t just walk into your allies base and than declare war behind his walls.

And with the Map size.
Please allow us to pick any number of tiles as the map size like in AoE3 and even different hight width ratios and not just a few different pre selected sizes like in AoE1/2(DE).

The largest AoE2DE map has 4x the area of the second larges, that removes basically all the map sizes that I would want to have for a 8 player scenario.

Agreed, I always wanted something more complex in diplomacy for AOE2, wishing someone could make a mod that could add some more options to diplomacy

I would love a deeper diplomacy system, it would make diplo maps even better.
Also @IcarusDuCer we may be small but not too small. I almost always see at least 1 West Euro Diplo map in the lobby when i’m surfing for matches (granted it’s not ludakris size, but I only play that when I have the time to, lol)
I remember playing on a Europe Ludakris map, 2 guys shared Africa, I took France and Spain, someone took Scandinavia, someone took the UK and Ireland, someone took Turkey, someone took Germany and Poland, and someone covered almost all of Eastern Europe(they died pretty fast though)