Decrease the frame delay of the cavalry archers

@Lonezwiebel @JokerPenguin593 Nili is part of the balance comité, along with other Pro players, some Forgotten empires people, T90 and a few more. They’re legally bounded to keep the secret about the next balance implementation, so yeah. He know what’s comming, and he can’t talk about it

We need to bring this up again as there is no change! CA are never used. Not because they are weak (post imp they are strong, but 1v1 they are not viable unless you’re huns)
Solutions and my balance suggestions:

CA are a fun unit and one that greatly alters and diversifies strategy, we need them to be a regular part of the game again. (not like crossbows or knights, but maybe as common as eagles or eles). Please do something Devs in the Lords od the West update!! Please

Imo gunpowder performs worse due to lower pings meaning its even easier to dodge their slow projectiles. On top of their lack lustre stats.

I dono why anyone ever thinks adding personal touches like this will somehow encourage the devs to respond to their personal plea. Like someone using “devs please read this” and other stuff that will have zero effect…

Since y’all were dandy enough to necro this thread, time to drop this here https://www.reddit.com/r/aoe2/comments/kafti0/proof_that_cav_archers_are_unchanged_from_voobly/

CA is in no position to receive buffs. It’s been unchanged since practically forever and never nerfed, and has been viable or meta in it’s current state for years.

Any claims that the CA and HCA has been changed from DE is baseless and without merit as we’ve had tons of time to confirm the precise opposite. If the unit is bugged, provide evidence and it’ll be fixed, as all bugs should be. We should not be buffing Cavalry archers for the following reasons:

If we need to go over these again because the peanut gallery wants to complain about some nonsense irrespective to the actual strength of the unit I’m going to save myself the time and copypaste the bullets unless something unique and reasonable is brought to the discussion. You guys have fun.

Since you all were so kind to necro an old CA thread, I’m copying my rebuttal from the most recent complaint thread. It all stands.

Tbh I can’t see the exact moment the person clicks which really matters, if this “proof” is actually true then fair enough.

1.But I actually never said that it was increased since Voobly, so why argue against me there?? I don’t get it.
2. Bringing up an OLD post doesn’t make it less reliant, especially if nothing has changed, so why be condescending about that?
3. It is a fact that many pros think they need changed
4. CA are used less than they used to, even if they haven’t been changed.
5. Due to lower latency crossbows and arbs have gotten much stronger, leaving CA behind.

I didn’t ask CA to be made stronger, I recognised that they are really strong in post imp TG. What I asked is for a trade off. Right now they are good at being pop efficient in imp TG battles, but that’s not the main point of CA in my mind. They should be able to hit and run, raid and cause disruption. Trade a reduction in frame delay for a reduction in damage, speed, armour, HP etc. Just make them viable again in 1v1 and castle age in low numbers without making them OP in TG. Is there an issue with that wish? How better could that be achieved if not through my thoughts?

Right now they are good at being pop efficient in imp TG battles, but that’s not the main point of CA in my mind. They should be able to hit and run, raid and cause disruption.

These abilities, by nature, make them good in the lategame. This is practically the reason why they are good in lategame. If we wanted to make them more microable we’d need to hurt these aspects in one way or another.

Also, just because the professional scene thinks they need to be changed doesn’t make them right. I understand weighing their feedback highly, which I certainly do, it’s just not a great idea to take their word as gospel. Just a few months ago Hera was making the case that Scout openings weren’t viable in the meta anymore. We haven’t changed scouts since then, and they’ve become viable with map tweaks, metagame adaptation and build order tomfoolery. 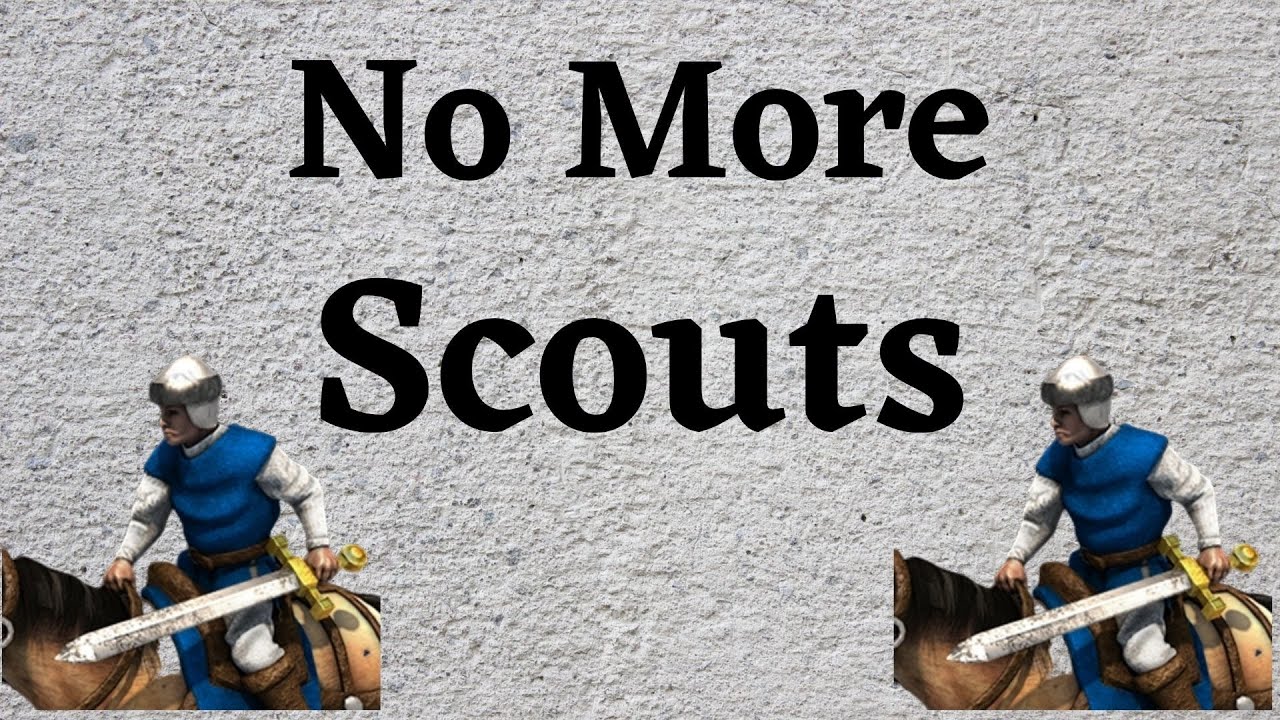 Things change at the high level a lot and it’s not out of the question that CA could catch on with no actual changes. You don’t need to be a conspiracy theorist to acknowledge that.

but crossbows do that WAY WAY better thanks to their lower frame delay. They literally have half the cavalry archers’ frame delay

cav archers are too good in imp when FU and not as fun to micro as they could be.

This is to offset the buffs and also to bring FU cav archers a bit down in power. It lowers the gap for civs without parthian tactics too and encourages use. For any UU we do not want to nerf and lower the pierce armor we can buff the elite uprade to grant +1 pierce armor to keep the final states the same. This would only be mangudai and cumans UU out of my mind as no other UU gets parthian tactics. (corect me if wrong)

Cavalry Archers are much more expensive than usual archers, they have more HP, more armour and more attack but they have 1 less range and longer frame delay and more upgrades.

Cavalry archers (attack delay 1) needs to be micro able, like in historical battles. But we mustn’t go to Mangudai-Kipchak level (attack delay 0.50), they need to be a little bit slower than Camel Archer’s attack delay (0.53). My recommendation make attack delay about from 1 to 0.80, I don’t know the equal value for frame delay. They will be hard to micro but much easier.

cav archers are too good in imp when FU

In all honesty, what isn’t too good in imp for you?

Yes, Pros aren’t all there is and meta develops you definitely have a point. But not to see CA in HC3 and RBW1+2 and KOTD makes me think they’re too far in the dumps. (even in BOA and other TG tourneys they had a surprisingly low turn out).
I’m not really asking for the pros (though it’s fun watching), I just know from playing myself that switching into CA is suicide 9 out of 10 times, or at least not the best tactical option, which is a bummer. Yes maybe I’m not doing it right, but I have tried hard and am 1450 so am not a complete noob.
In a way eles have a similar issue where in late game TG they can be OP but aren’t that viable in 1v1, though adding a couple here and there is strong to break a stalemate vs other knights, pressure structures, mix in with Viet archers etc, though adding a couple CA with archers isn’t as viable unfortunately.
I think a decrease in attack delay and hp should do it, to make them more vulnerable to archers (who are slower) but stronger for raiding and keep them about the same vs knights but worse if they actually engage/get cornered.

Unfortunately pros aren’t immune to placebo/nocebo effect. Most of them believe that they were secretely nerfed in DE. It doesn’t help that sometimes they keep spamming clicks when playing CA even when there is no need to, such as when they try to break up through palissades.

They aren’t that crazy in TG’s but you have to consider that the Mongols exist. Mongols go Mangudai every single game in TG’s so there’s clearly a lot of value in a cavalry-archer type unit, and they just happen to have the very best option among them in the game. Being able to keep up with Paladin and also have that raiding potential makes it a good option.

If the Mongols weren’t just top-tier on the back of the Mangudai I think we’d see more players opt for something like Magyars pocket to utilize their cav archers instead. It’ll never be a Mangudai but that mobility has real value in my eyes.

Sorry, didn’t mean CA are OP in TG, just strong. But eles can almost OP in some TG situations.
The main point was more that they are strong in TG but hardly viable in 1v1

The issue with CA is that a lot of civs (everyone without bracer) lack answers against mass CA, especially on open maps.

So CA are in the awkward spot in which 5-10 of them are kinda useless, while 30-40 of them are super strong. I get your idea of trying to buff their “low number play” and nerf them then massed, but I’m not sure if lower their HP is the correct way of do that, because a lot of civs don’t have units that can physically catch up and corner them, expecially with lower fire delay helping outmicroing cav/onagers.

I think that the best way to approach CA problem is to give up the idea of making them good for early castle, because a lot of civ that rely on early castle pressure against CA civs would flat out die, and eventually focus on how to ease the transition into the unit later in the game.

This happened when DE was first release; it was one of the first undocumented changes I noticed - they fire slower. The projectile takes longer to exit than the bow appears to show, so I think the solution is increasing the frame delay for the bow to make it smoother.

What do you mean, exactly? There’s no “undocumented change” to the cav archer, there’s been no change to the cav archer. Not just for DE. Practically ever, since they gave them +1 range after AOK.

Are you talking about the animation for the bow draw not lining up with the actual firing rate?

They did change them, as I said they fire slower (or at least it appears so).

I made a thread a while ago let me go look for it.