Display order of various objects changed with Dynasties of India

Various object sprites always used to display behind other sprites before Dynasties of India came out. Now they are appearing in front of the other sprites. This affects the intended appearance of various groups of stacked eye candy objects.

CaptureAge does still seem to use the ‘correct’ old display order for objects. Not sure if that’s relevant.

Tagging @StepS7578 and @PsychoticSock1 per our discussion on Discord.

Display order should stay the same as it was before the latest DLC. 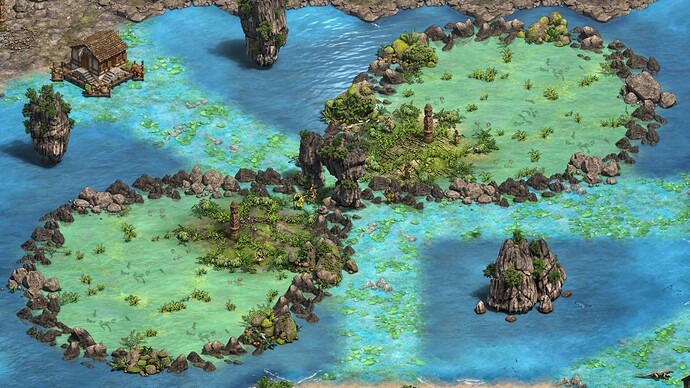 From what I see in data - flames have higher layer graphics (20), they should appear above plants (6). So it was a bug that this didn’t happen before. By pile of wood I assume you mean tree stumps. They (10) should appear behind Cactus (20), so here you are right - it is a bug and it’s already tracked on our side (for a very similar case).

I’ve tried loads of combinations of changing object class, sort order, layer, occlusion mode, occlusion type, blockage class, fly mode but nothing works, and this used to be possible. Are there any ways to accomplish this any more?

Can you please explain what changed about how the game chooses what to render in front/behind - it looks like now it interprets units as having an area to stand behind. In the picture show, there should be gates displayed at the lop left and top right too, where you can see the unit selection. As the build proceeds, the units all appear in the pattern they used to, but now underneath the blueprint, before they were on top. Also in the last screenshot, the labels used to have a yellow border all around, now some parts of the signs (bridge type unit) are put in front, some behind. I don’t know what new property I should try changing, the unfortunate thing is that for the instant farm, it’s a pretty specific combination to get things to work like this so I might be bang out of luck. You can see the old behaviour in the linked video. Instant Farm New Sounds - YouTube 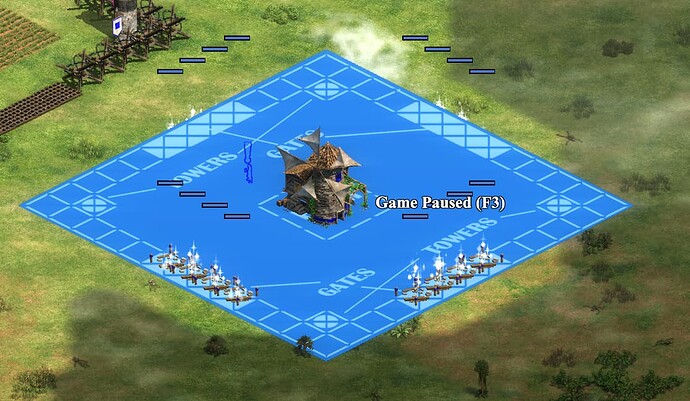 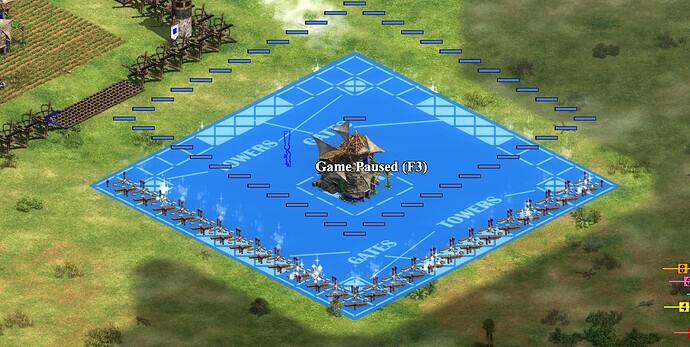 I can see that the game seems to draw a line horizontally between the left and right corner of the blueprint unit and then interprets above that unit where you walk behind, and beneath where you walk in front.