Loading the game with a mod that changes the DLC units displays a confusing message. This was likely implemented as part of efforts to prevent users from gaining access to DLC units without purchasing (but it’s actually very easy to circumvent with modding). 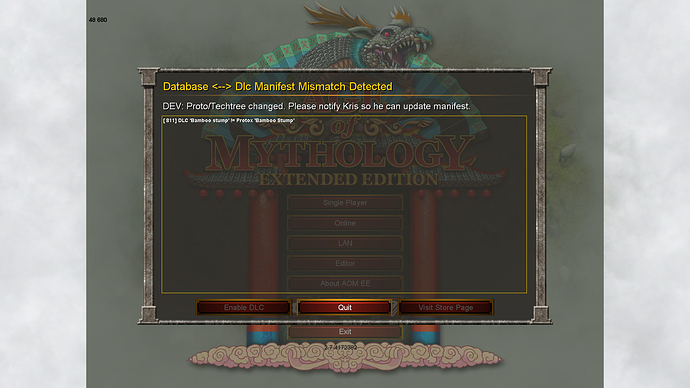 Most people will not be able to understand what this means or know who Kris is. (Does he even work on the game still?) In the example above, the only thing that’s been changed is capitalising one letter in the unit name even though the code is not case sensitive.

The same issue also exists for the techtree file.