Sometimes when I double-click a structure, it selects all of them, instead of just the ones on my screen. I’ve experienced this with gates, but especially castles. Double-clicking them sometimes only selects the castles on the screen, but sometimes it selects all of the castles I’ve built. I’ve only seen this issue on Arena in singleplayer, but I haven’t tested other maps.

I’ve had this issue too on Arena, double clicking wall, then shift+delete, it selects/deletes wall outside my field of view. Doesn’t select all of my wall, but definitely more than on my field of view.

i can confirm i have this problem too. it happens randomly in the game and I can’t seem to find the cause of it. sometimes double click of a building will only select those on screen and then later in the same game it’ll select off entire map.

Indeed, I’ve had a similar issue with pieces of wall, although there it seems to always just select a few pieces that are just off screen. With the castles, it selects even those on the other side of the map.

Same problem for me, double clicking sometimes selects all the buildings of a kind, even outside the screen. For what I remember it happened with military production buildings like barracks, stables etc. and I am 100% sure it happened with castles, selecting all the castles I had instead of just the ones on the screen

Hello friends! Thank you for the report! I have a few questions to see if we can narrow down this problem:

I’ve already created a task to investigate the issue, but any additional information you can provide will be most helpful!

I made a short video showing the issue in action: https://www.youtube.com/watch?v=T-KAp597zvs

You can see that double-clicking different castles on the same screen gives different results. Sometimes it seems to select buildings that are about a screen away, although I wasn’t able to record a case where it selects all the buildings on the map. I’m pretty sure this happened to me before, but I don’t remember how spread out the buildings were at the time.

Funnily enough, as you can see at the end of the video, sometimes double-clicking doesn’t even select all the castles on the screen…

I also had this issue with standard resolution 1900x1000

Thanks for the note everyone! Team has confirmed the issue and it is on their list. I appreciate all the extra information and details to help highlight the exact problem!

Checking this issue on Arena would be the easiest. Esspecially with gates it happened to most of the players who did at least some Arena games, its a well known bug.

The bug occured for me in a normal Hideout game with Kreposts, but I seem to be unable to reproduce it on Arabia. It feels like it might somehow be related to starting with walls.

Happened to me on Arena too. Playing with 1080p monitor.

Thanks, here I attach some screenshots. 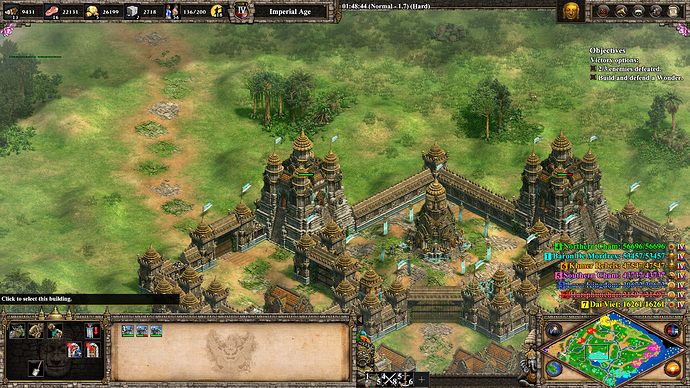 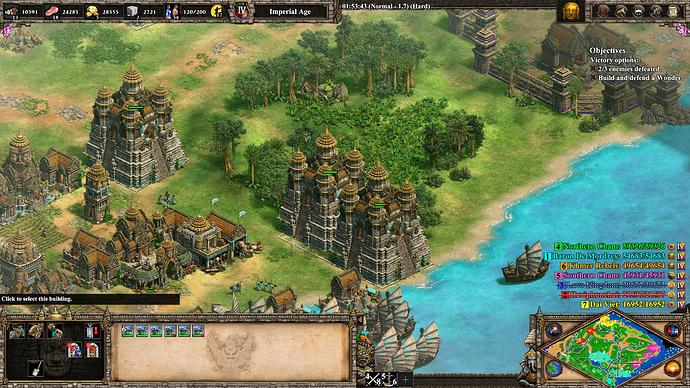 Suryavarman 5_all the castles1920×1080 1.71 MB
Here instead I selected the most southern castle, the one on the coast, and it selected all the castles I had. It took me some attempts. 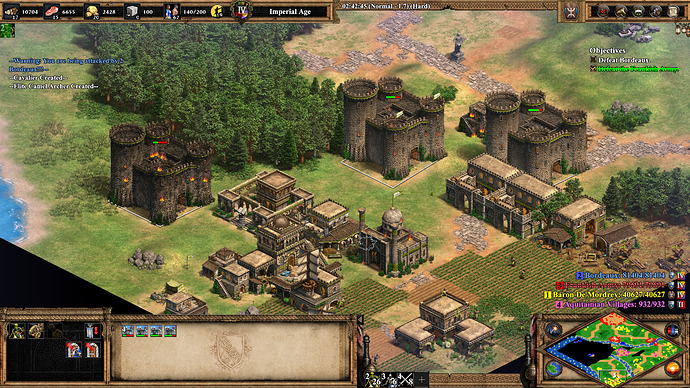 Tariq Ibn Zyiad_north-opposite castle1920×1080 1.81 MB
Here I am in the south corner of the map, with 3 castles, when I select one it also selects (together with the ones in the screen) the one in the north corner of the map. I have other 2 castles though which were never selected in the attemps I made.

Here are my options 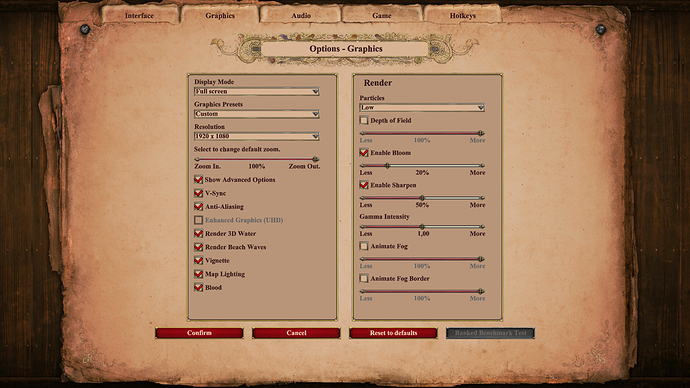 If you think you might need them, I can upload the savegames of these two games

We were able to reproduce this issue successfully, so we should have everything we need to see what can be done. Thank you for the report; I’ll be sure to drop in and let everyone know if there are any additional details that will help the team investigate the problem.

I recently double clicked a villager to build something (deliberately) whilst making sure only a small group of villagers was in view. Even so, lots of villagers just outside of my screen also came to follow the command.
Is there some sense in which the ‘window’ for double-clicking is bigger than the actual window I can see?

It happened to me with gates and castles aswell

It also happened to me when deleting walls in Arena