Saw it. Its this type of house but very large like a wonder. I think it is a user made graphic not something official unfortunately… 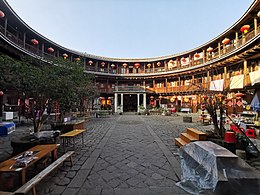 The Fujian tulou (simplified Chinese: 福建土楼; traditional Chinese: 福建土樓; pinyin: Fújiàn tǔlóu; lit. 'Fujian earthen buildings') are Chinese rural dwellings unique to the Hakka in the mountainous areas in southeastern Fujian, China. They were mostly built between the 12th and the 20th centuries. A tulou is usually a large, enclosed and fortified earth building, most commonly rectangular or circular in configuration, with very thick load-bearing rammed earth walls between three and five stories high...

I don’t think it’s a leak, it looked like a modded AoE4 building (Chinese village) in AoE2DE.

Yes, the original Name of the thread was also aoe4 Village in aoe2

if its a mod then why is the post deleted?

OP asked for it to be deleted. 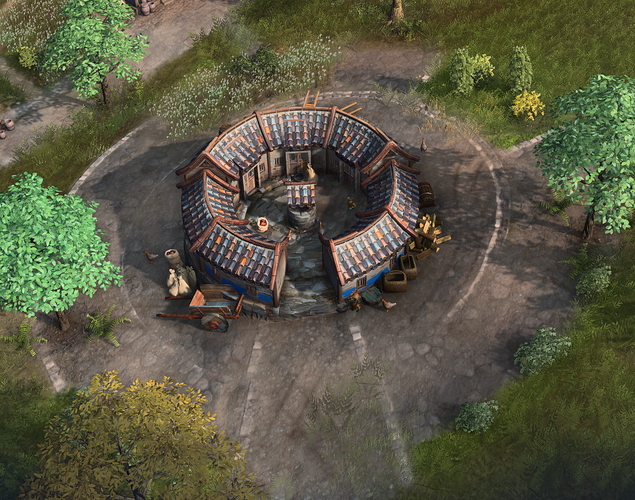 The Village is a building in Age of Empires IV. It increases unit population by 40, and can garrison up to 8 units. Like all dynasty buildings, a maximum of three Villages can be built. Originally, Villages were available in the Song Dynasty, had...

OP asked for it to be deleted.

I still find it strange that the OP who posted the pic has asked for it to be deleted.

What is that building suppose to be?

Did you guys see those Roosters roaming around on the Farms?

It’s a mod made by a friend of mine. Nothing special, graphic just found on the net, without destruction animation. My friend doesn’t want that be shown on the forum. So I asked for deletion.

And hope this post can be deleted some time later. Thank you.

My friend doesn’t want that be shown on the forum.

Do tell your friend he really did a great job creating this. Kudos to him.

Thank you so much.

The creator asked for it.