Somewhat of a nitpick, but to me, it’s very jarring and just plain wrong. During the intro slides to the The Field of Blood, Pachacuti scenario 2, there are sounds of horses that can be heard, such as neighing and when the narrator is describing ruler “fleeing” the sound of hooves is used, when I’m pretty sure it should be standard footsteps. Obviously there are no horses yet, the campaign takes place before colonization and the arrival of Spain.

Not that screenshots help that much, but the horses can be heard during these two slides: 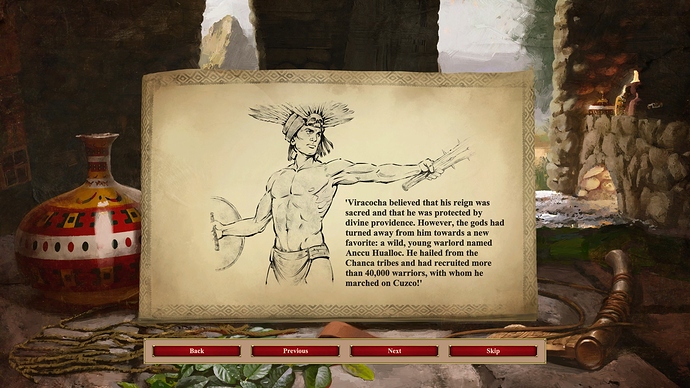 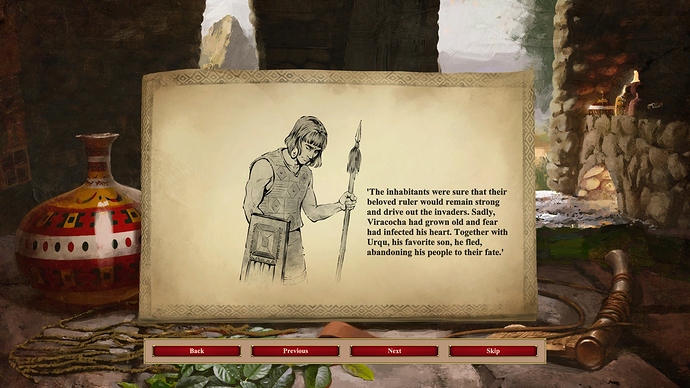