Every Gaia building is listed as a native american building

I don’t know if it’s a translation error or just something nobody ever bothered to change, but at least in the Brazilian translation, every building not controlled by players (a.k.a. Mother Nature buildings) is listed as a Native American, including this Indian building from the Chinese campaign: 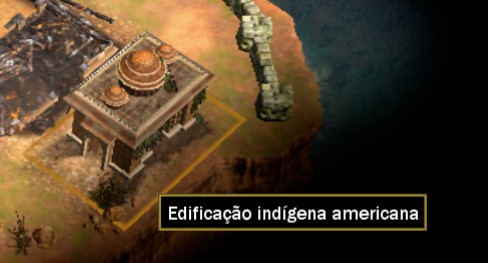 Maybe that could be changed to something more generic.

On another note, the Haudenosaunee are called Iroqueses (as in Iroquois) in the Brazilian dub, not Haudenosaunee.